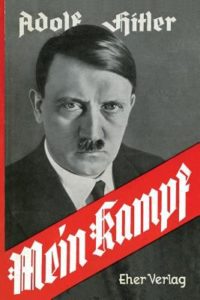 “…Hitler’s mania for power did not succeed alone, but instead with the help of a system that let it happen.”

Adolf Hitler did not have to come to power. Indeed, during his 13-year quest for leadership of Germany, he almost failed many times.

In the end, however, his astonishing success showed how demagoguery could overcome potentially career-ending challenges—and profoundly change history. A determined strongman, not taken seriously by the elites but enabled by a core of passionate supporters, could bend events his way just as his country went into free-fall. Hitler’s seemingly improbable ascent is an object lesson in the volatility of history.

While researching my new book on the radical Nazi’s rise, I was stunned at the number of times Hitler’s quest for power almost came to an end—and how close the world came, it seems, to avoiding the terror he caused. The first was in 1923, when he staged an ill-fated coup d’état that became known as the Beer Hall Putsch. It failed within 17 hours. Twenty men were killed, and Hitler missed being hit in a barrage of police bullets by only two feet. The man next to him died. Hitler threatened suicide and, in prison, attempted a hunger strike. In the end, he stood trial and was convicted of treason.

That event should have ended Hitler’s political career. But the Nazi chief was a fanatic. …