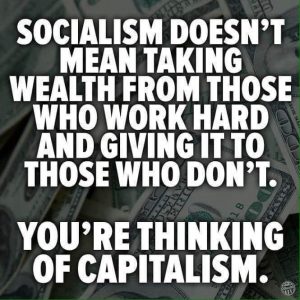 Donald Trump once claimed that he could shoot someone in the middle of Fifth Avenue in New York City and not lose any voters. He’s now seeing whether the same is true if he kills Social Security.

His unilateral, unprecedented step of deferring the collection of payroll taxes, the backbone of Social Security, is the murder weapon he would use.

Trump has already ordered the Treasury Department to stop collecting Social Security’s dedicated payroll contributions for the next four months pursuant to the Internal Revenue Code, which permits deferrals of taxes when a disaster is declared. Once re-elected, if he keeps deferring those taxes, all benefits will come to a screeching halt, with no Congressional involvement whatsoever.

Section 7508A of the Internal Revenue Code allows deferrals for up to one year, long enough to stop the disability insurance payments. Killing off the rest of Social Security takes two years longer, but a newly elected President Trump could interpret the statute to permit an additional 12-month deferral with the declaration of a new disaster. All benefits could be stopped with just two new disaster declarations. Concerningly, the Supreme Court has found that President Trump has “broad discretion” in making findings.

With a presidential threat to have zero benefits paid whatsoever, congressional supporters of Social Security would effectively be held hostage, with little they could do but give into Trump’s demands. It is not hard to imagine, at that point, a backroom deal that fulfilled the longstanding right-wing goal of eliminating the features of Social Security that have made it so successful and so popular. …