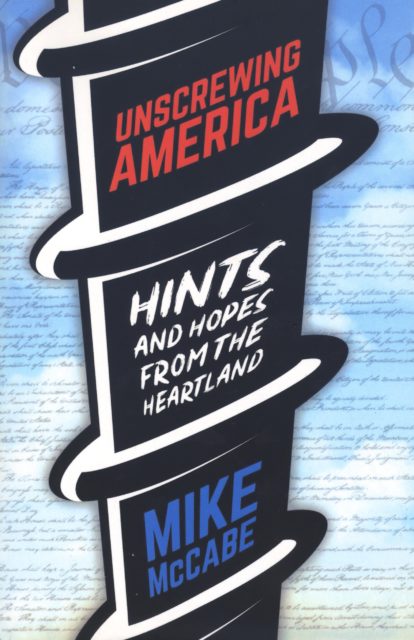 Thinking vertically not only has the potential to unite those who are currently divided but also empower those who are presently conquered.”

“As old labels indicate, we’ve all been conditioned to think about politics horizontally, from right to left. This way of thinking needlessly divides us by magnifying our differences and glossing over our commonalities. Turn the political spectrum on its head, and think top to bottom instead of left to right, and a magical thing can happen. Picture a man and a woman. He’s white. She’s black, He’s a farmworker, she’s a childcare provider. Both are struggling to make ends meet. He votes Republican, she votes for Democrats. On the old horizontal political spectrum, they are far apart, her on the left and him on the right. We see them as enemies. They see each other the same way. They are divided and conquered.

“Now think vertically. Who’s on top and who’s on the bottom? Who has the most money, and who has the least? Who has the power and who doesn’t? Whose voices are heard and whose aren’t? These two people are in the same spot on a vertical political spectrum and have more in common than they or we have been trained to see. Talking vertically involves talking about royals and commoners or have-lots and have-littles, not liberals and conservatives or left-wingers and right-wingers. Thinking vertically not only has the potential to unite those who are currently divided but also empower those who are presently conquered.”