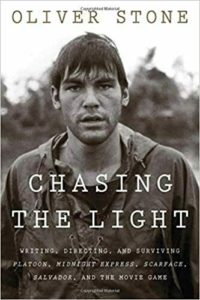 “What’s important is the military-industrial complex must go on, must be budgeted and anything besides that is unimportant, including the welfare of the American people.”

On this episode of Going Underground, we speak to one of the greatest film directors in the world Oliver Stone. He discusses his new book ‘Chasing the Light’ which details his life directing and involvement in iconic films such as Salvador, Scarface and Midnight Express, the alleged interference of the military-industrial complex and Henry Kissinger with his film ‘Salvador’ which covers the civil war in El Salvador between the FMLN and the US-backed right wing military, the impact of going to fight in the Vietnam war on his life, continuing US imperialism in Latin America in places such as Honduras, his personal struggles with his parents’ divorce and drug use, how Hollywood’s obsession with cop shows ultimately led to the Crime Bill, the War on Drugs and the Clinton White House, the revival of the Cold War in the 1980s against the Soviet Union and the birth of Ronald Reagan’s neoliberalism, the intelligence agencies’ grip on the US government, his opinions on Donald Trump, Joe Biden, and why it was hopeless for Donald Trump to change a system ran by the military-industrial complex and much more!