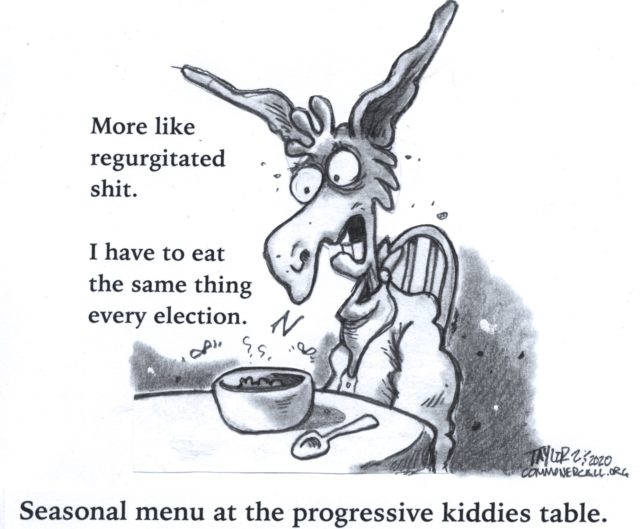 Nina Turner, assessing the choice of Biden against President Donald Trump in the November presidential election, told The Atlantic: “It’s like saying to somebody, ‘You have a bowl of shit in front of you, and all you’ve got to do is eat half of it instead of the whole thing.’ It’s still shit.”

Mind you, you and your family could easily be next…

“This pandemic has shown us that our private health insurance system does not work for the American people. Millions of people have lost their jobs and their healthcare at the same time. There’s people leaving the hospital now with millions of dollars in medical bills. What are we going to do about that?”

— Judith Whitmer, a Sanders delegate and chair of the DNC convention’s Nevada delegation, ‘Red Line for a Humane Society’