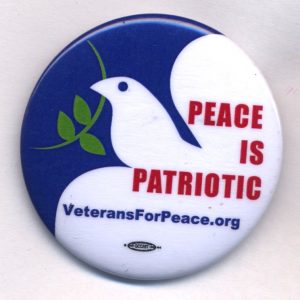 The South is arguably the engine of the U.S. war machine—but also a center for anti-war activism.

The South is arguably the engine of the U.S. war machine. The region is home to Fort Bragg, the largest U.S. military base in the world. Southern states supply more soldiers than others; the region is home to three of the five states with the highest military recruitment numbers in 2016 – Florida, Georgia, and Texas. Its congressional delegations have historically been some of the most militaristic, and military contractors have long put many of their production facilities in Southern communities, where right-to-work laws are a barrier to unionization.

But that also means that the South has long been a center for anti-war activism. Communities with military bases and weapons manufacturing facilities are home to war resisters, too. During the Vietnam War, anti-war organizers founded GI coffeehouses at bases around the South, including North Carolina’s Fort Bragg and Fort Polk in Louisiana, where they worked under the radar to organize soldiers and the community against both war and racism.

“When we started, I might have thought a lot of people serving in the military are just innocent pawns in somebody else’s chess game. And I think there’s some truth to that. But the more I do this work, the more I would say the people who wind up serving the military aren’t just pawns, but a lot of them are victims of warmaking themselves.”

And in Fayetteville, North Carolina, just outside Fort Bragg, Quaker House has been a hub for peace activists and service members seeking support since 1969, when a soldier who wanted to leave the military hitchhiked to a Quaker meeting in Chapel Hill and asked for help. The Quaker church is formally known as the Religious Society of Friends, one of the traditional peace churches, which also include the Church of the Brethren, Mennonites,  Moravians, and the Amish.

Quaker House, which recently celebrated its 50th anniversary, offers trainings for would-be conscientious objectors as well as counseling for victims of domestic abuse on the base. It’s also a hub of the GI Rights Hotline, a collectively-run international hotline for U.S. service members trying to figure out their options for leaving the military, for obtaining adequate medical and mental health care, or who may be dealing with sexual harassment or assault.

After the U.S. killed 10 Iranian military leaders with a drone strike on Jan. 3, sparking fears of a new front in the Middle Eastern wars, the hotline experienced an uptick in calls from people interested in learning more about getting conscientious objector status — an onerous process that often doesn’t succeed. In the run-up to the Iraq War in 2002, for example, 405 service members applied for conscientious objector status, and 179 of those requests were granted. In that same period, about 20,000 service members went absent without official leave and were classified as deserters.

A conscientious objector, as defined by the U.S. government, is “one who is opposed to serving in the armed forces and/or bearing arms on the grounds of moral or religious principles.” The status does not apply to those who oppose wars selectively.