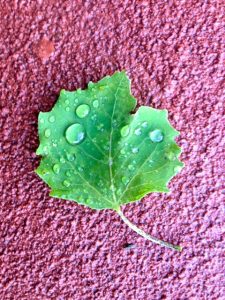 Sanders’ Green New Deal is a sweeping proposal that calls for “100 percent renewable energy for electricity and transportation by no later than 2030 and complete decarbonization by at least 2050” while investing $16.3 trillion over ten years to create an estimated 20 million new jobs, support vulnerable communities and a just transition for workers, and fund a massive infrastructure project.

The Vermont senator has said such a plan is necessary to avert the worst impacts of the climate crisis.

Biden made his comment attacking the plan during a campaign event in Iowa on Friday, but climate experts like meteorologist and journalist Eric Holthaus were quick to object.

I’m a scientist, and I think it can work. https://twitter.com/AlxThomp/statu

Proof of that support came Tuesday in the form of the succinct yet forceful letter (pdf) addressed to Sanders by 57 climate researchers and scholars. “The top scientific body on climate change, the United Nations Intergovernmental Panel on Climate Change (IPCC), tells us we must act immediately to bring the world together to stop the catastrophic impacts of climate change,” the letter states.

“The Green New Deal you are proposing is not only possible, but it must be done if we want to save the planet for ourselves, our children, grandchildren, and future generations,” it continues. “Not only does your Green New Deal follow the IPCC’s timeline for action, but the solutions you are proposing to solve our climate crisis are realistic, necessary, and backed by science. We must protect the air we breathe, the water we drink, and the planet we call home.”

In a tweet Tuesday night, Geoffrey Supran, a research associate in the Department of the History of Science at Harvard University, said that while the “scholarship is clear” and the technology to solve the climate crisis is available, “what we lack most is political will.” According to Supran, “Mr. Biden’s comment embodies that.”

The letter is far from the only endorsement of the Sanders’ climate plan. …

Read The Rest And video Clips