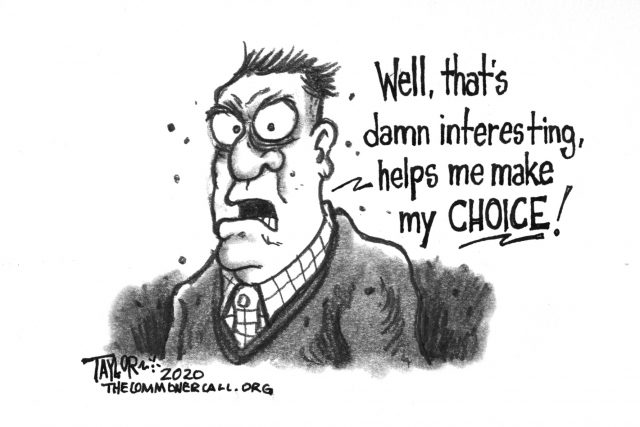 As Democrats prepare to debate health care reform during the last debate before the first votes, a former top insurance company executive warned about one key talking point that he helped the insurance companies push.

Wendell Potter laid out his warning in a new op-ed for The New York Times.

“There’s a dangerous talking point being repeated in the Democratic primary for president that could affect the survival of millions of people, and the finances of even more. This is partly my fault,” Potter admitted.

“When the candidates discuss health care, you’re bound to hear some of them talk about consumer ‘choice.’ If the nation adopts systemic health reform, this idea goes, it would restrict the ability of Americans to choose their plans or doctors, or have a say in their care,” he explained. “It’s a good little talking point, in that it makes the idea of changing the current system sound scary and limiting. The problem? It’s a P.R. concoction.”

“And right now, somewhere in their plush corporate offices, some health care industry executives are probably beside themselves with glee, drinking a toast to their public relations triumph. I should know: I was one of them,” he continued.

“To my everlasting regret, I played a hand in devising this deceptive talking point about choice when I worked in various communications roles for a leading health insurer between 1993 and 2008, ultimately serving as vice president for corporate communications,” Potter wrote. “Now I want to come clean by explaining its origin story, and why it’s both factually inaccurate and a political ploy.”