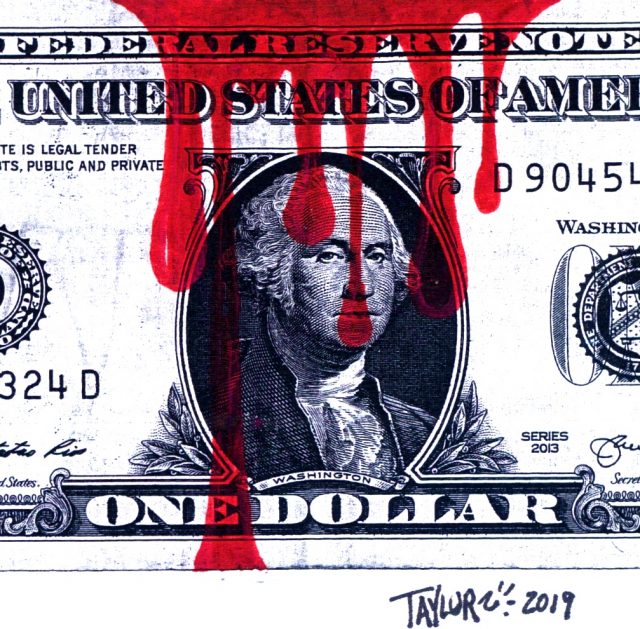 In the Senate, nearly one-third of the members of the Defense Subcommittee of the Appropriations Committee own stocks in top defense contractors.

It was shortly after midnight in Baghdad on Friday, Jan. 3, when a missile strike ordered by President Trump killed Iranian General Qassem Soleimani.

When stock markets opened the next day, dozens of members of Congress saw bumps in their portfolios as their holdings in defense contractors like Lockheed Martin and Raytheon increased in value on the possibility of war. Over the next three trading days, the leading defense industry stock index would surge 2.4% above Thursday’s close.

Among these members of Congress with personal investments in the defense industry are several who sit on committees that determine major sources of funding for defense companies and weapons contractors.

According to a Sludge review of financial disclosures, 51 members of Congress and their spouses own between $2.3 and $5.8 million worth of stocks in companies that are among the top 30 defense contractors in the world. Members of Congress generally report the values of their investments in ranges, so it’s not possible to know exactly how much their stocks are worth. As Congress debates whether to limit President Trump’s power to take military action against Iran, the complete list of senators and representatives who own defense stocks are displayed below in this article.

Eighteen members of Congress, combined, own as much as $760,000 worth of stock of Lockheed Martin, the world’s largest defense contractor in terms of overall defense revenues. The value of Lockheed Martin stock surged by 4.3% on the day after Soleimani’s assassination—a day in which the Dow Jones Industrial Average overall traded down.

Since Dec. 27, 2019, the day an American contractor was killed by a rocket in Iraq, the aerospace and defense sector has outperformed all other sectors in the S&P 500, according to a Jan. 8 Marketwatch write-up of research from Bespoke Investment Group. “Northrop Grumman, Raytheon, Lockheed Martin, and L3 are each more than three standard deviations above their 50-day moving average,” Marketwatch wrote.

Last week, the House of Representatives passed a resolution directing President Trump to terminate the use of the military to engage in hostilities in or against Iran unless Congress has authorized such action or to defend against an imminent threat. A similar resolution may be considered by the Senate this week. The House may vote on additional measures related to Iran, including Rep. Ro Khanna’s (D-Calif.) bill to block funding for military action against Iran and Rep. Barbara Lee’s (D-Calif.) bill to repeal the Authorization for the Use of Military Force that Congress passed after 9/11.

Rep. Khanna’s wife, Ritu Khanna, owns as much as $376,000 in defense stocks. Khanna told Sludge in an email that he and his wife maintain independent finances and file taxes separately.

“I have not personally invested in any defense stocks,” Khanna said. “I will continue to fight for a progressive foreign policy for this country rooted in diplomacy and regional dialogue. That’s why I have consistently voted against bloated defense spending and sought accountability from some of our nation’s largest defense  contractors.”