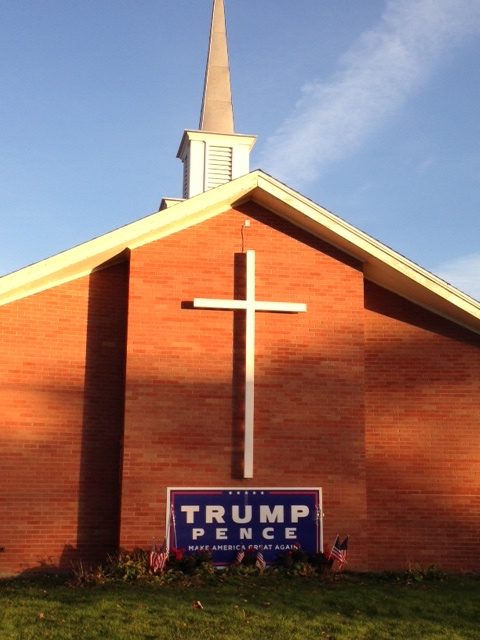 Pastor Franz Gerber is worried that so many members of his congregation appear to idolise Donald Trump more than they worship Jesus.

The preacher at the Praise Chapel Community church was among those who voted for Trump in rural Forest county, Wisconsin, which swung heavily from Barack Obama to the Republican in 2016 and so helped deliver a state that put the president in the White House.

Gerber now has some regrets about his vote but what really disturbs him is an unquestioning and even aggressive adulation for Trump within his flock.

“It seems like there are many evangelical Christians that are willing to die on the hill of supporting the Republican president, supporting Donald J Trump. And to me, that hill is not worth dying on. No matter who the candidate is, no matter who the individual is,” he said. “To put all your hope into that individual is a dangerous road. Scripture would warn us against that.”

Gerber’s concern reflects a deepening political polarisation within sprawling Forest county, home to about 9,000 people and two Native American reservations across about 1,000 square miles, where friendships are strained over Trump and more than a few people shy from talking politics.

Forest was one of 19 counties in Wisconsin that flipped from the US’s first African American president to one of its most polarising in 2016. Obama took 56% of the votes in Forest county in 2008. Eight years later, Trump won 61%.

The large swings across rural Wisconsin squeezed out a narrow victory for Trump in the state by fewer than 23,000 votes, a margin of just 0.77%. Alongside wins in other parts of the midwest, it delivered him the White House even though Hillary Clinton won the popular vote.

This week, the Guardian returns to three midwest counties in Wisconsin, Iowa and Michigan that flipped from Obama to Trump to gauge whether the president can repeat victories he probably has to pull off again in November if he is to be re-elected. …