Did you know the House Dems have started the impeachment process against Trump? Did you know former Trump campaign manager and New Hampshire republican Senate candidate Corey Lewandowski appeared before the House Judiciary Committee yesterday? Did you ‘get’ the Dem talking points about what they accomplished yesterday?

Before sharing damning condemnation of the Dem approach let me acknowledge a few positives. One thing that worked particularly well for Dems was their use of majority counsel Barry Berke as a questioner, getting 30 minutes to question Lewandowski.

It was chaos, and then a real lawyer showed up

That’s huge. Rob Reiner tweeted a link to Berke’s 30 minutes of questioning of Lewandowski via C-SPAN while noting, “As ugly as today’s hearing was, Corey Lewandowski admitted he lied and that Trump committed the Federal Crime of Obstruction of Justice. Impeach or let Democracy die.”

Rubin’s headline notes “chaos” – here’s but no example of what chaos looked like.

WATCH: Corey Lewandowski fumes after Sheila Jackson rips him apart for hiding the truth about Trump

You can follow Lewandowki’s performance for Fox News to which Rep Sheila Jackson-Lee (D-TX) finally does a good job of summarizing his antagonistic performance:

“You are obviously here to block any inquiry into the truth or not of this administration. … The president cannot hide behind you any longer, and you should be here to be telling the truth to this House committee because the truth will set you free and the American people!”

And that is maybe the final positive for Dems – Lewandowski may play well for the Fox crowd, but will his antics play well for New Hampshire voters should he eventually stand against incumbent Senator Jeanne Shaheen (D-NH)? Lewandowski used his Committee appearance to announce his candidacy, but initial reviews are not so good.

Imagine a Shaheen campaign ad showing Lewandowski’s best attempt to justify his choices with, “I’m as honest as I can be with you” on CNN.

But let’s consider a completely different view beyond these positives.

“It’s hard to see how House Democrats could carry out some deus ex machina impeachment miracle when they can’t even handle a low-grade thug like Lewandowski.”

Wilson suggested Dems should have adopted the “Sergeant at Arms, take the man into custody” strategy. Much of what Wilson offers should be seriously considered and taken to heart. But Dems will never be Republicans, thank goodness, so where does the line get drawn? I mean, by showing his true character Lewandowski got a good pat on the head from Trump and likely many Fox minutes, but did he already crash his campaign car trying to navigate his own driveway?

Author and lawyer Teri Kanefield offers a reasoned response (tweet) to any ‘custody’ suggestion (with similar conclusions to above):

No need. He gave the Democrats what they needed.

He provided testimony under oath that the White House is obstructing the House inquiry.

She goes further to point out that, “Hauling people off to jail really doesn’t do much except create lots of drama and martyrs. Haven’t we had enough drama?”

All are right. Lewandowski confirmed both his lies and his despicable character. The hearing was chaos with the exception of Berke’s 30 outstanding minutes of questioning.

But the Dems are driving a clown-car of an impeachment process. Either IMPEACH or don’t, but don’t ‘impeach’ as if it’s a secret.

Again, who is the Dem spokesperson for IMPEACHMENT? Field still looks open.

Two final points. After the Pentagon quietly let Trump pick it’s pockets to build the Wall, it turns out that days after the horse left the barn they may have a contrary view of what was done to them.

Trump picked their pockets for $3.6 billion while the Pentagon remained silent – and complicit? Now we hear these cancelled projects are “urgently needed”. Gees, it’s like watching the Dems impeach.

But there is also this that’s been kicking around for days.

“The nation’s top intelligence official has refused to comply with a House Intelligence Committee subpoena to provide the contents of a whistleblower complaint a government watchdog deemed “urgent” and credible, the panel’s chairman, Adam Schiff, said late Tuesday. The California Democrat warned the agency might be acting to conceal high-level wrongdoing by President Donald Trump or his immediate advisers.”

There will be more on this, but the Trump administration is violating every ‘whistleblower’ law. Does this seem familiar, what are they hiding? I’ll continue to follow this.

Okay, one last one, and just the headline is enough.

8 Years of Trump Tax Returns Are Subpoenaed by Manhattan D.A. 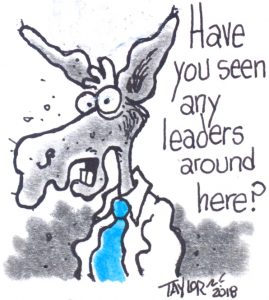 Dems have an arm’s length list of opportunities to expose Trump corruption.