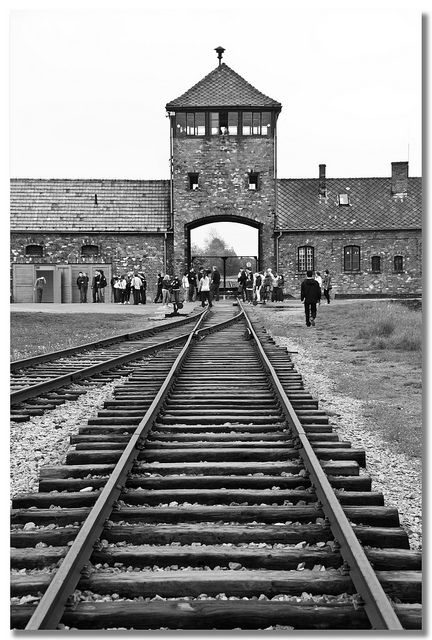 Now as then, ignoring of human rights abuses lays groundwork for more tragedy to come.

[Editor’s Note: With yesterday’s [9/1/39] 80th anniversary of the beginning of WW II it would be comforting to think we have learned the lessons of not tolerating government abuse of human rights. But with a spreading network of filthy and abusive concentration camps along our southern border it is impossible to say we have learned anything. Worse, no doubt, is sure to come and the national moral stain will run deep. — Mark L. Taylor]

On 1 September 1939, as the massed German divisions began the invasion of Poland, one of the places that would be quickly overrun was a small and unprepossessing town on a railroad junction close to the Vistula river.

Named Oświęcim, within 10 months it would host the beginnings of the camp the world would know by its infamous German rechristening: Auschwitz.

Today, on the 80th anniversary of the outbreak of the Second World War, it still prompts one of the most shaming questions of the war: why allied leaders, Winston Churchill and Franklin D Roosevelt most prominent among them, failed to prevent the mass slaughter of Europe’s Jews?

A pivotal moment in the development of international law and humanitarianism as a principle of diplomacy, the Holocaust, and the allies’ lacklustre response to it, resonates today not simply for the facts of the worst war crime of the last century, but because of the lessons apparently unlearned, the questions unanswered.

Eight decades on, as the world marks the anniversary of the outbreak of war, it is still necessary to recall not only the allies’ ultimate victory but their greatest failure when confronted with a vast catastrophe foretold.

Why, from Pol Pot’s killing fields to Srebrenica, Rwanda, Syria and the current persecution of China’s Uighars, has the international community struggled repeatedly to construct a timely and effective response?

If this inaction is difficult to contemplate today, it’s because even during the years preceding the war, the Nazi persecution of Germany’s Jews was both heavily prefigured and remarked on by British and US leaders, not least Roosevelt himself. Hitler’s attitude towards the Jews had been explicit in Mein Kampf, a threat whose urgency was confirmed by the Nuremberg laws of 1935, excluding German Jews from Reich citizenship and prohibiting them from marriage or sexual relations with persons of “German or related blood”.

By 1938, Germany’s Jews were being pushed out of ownership of businesses and property and out of key professions. Indeed, such was the alarm over their treatment, in the first instance, that Britain’s prime minister, Neville Chamberlain, within days of the Kristallnacht pogrom by SA troopers also in 1938, approved the Kindertransport to rescue unaccompanied German Jewish children.

While a popular idea has taken root that somehow the discovery of death camps at their liberation was a surprise to an unsuspecting world, that was far from true. …