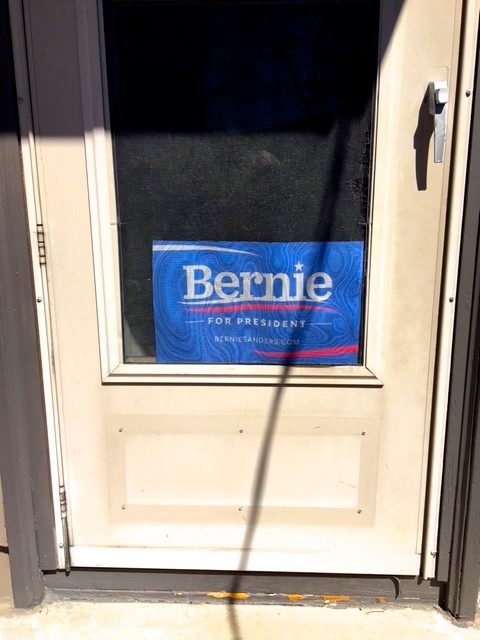 Bernie Sanders delivered a major speech on Medicare for All yesterday. He knows who his enemies are: the pharmaceutical companies, insurance companies, and their friends in elected office — and he’s spoiling for a fight with them.

In 1966, every American citizen over the age of sixty-five received a card in the mail emblazoned with the words “HEALTH INSURANCE” and an official seal from the federal Department of Health, Education, and Welfare.

The card certified the right of its recipient to health care coverage, funded by progressive taxes. The elderly could no longer work? No problem. They would receive insurance untethered to employment. Many had little savings, and families with few resources. Again, no problem. The coverage would be paid for by all of society, on the basis that every person deserved to lead a dignified and secure existence in their final decades. The program was called Medicare.

“This debate is about whether we maintain a dysfunctional system which allows the drug and healthcare companies to make over one hundred billion dollars in profit last year, while the top CEOs in the industry made 2.6 billion in total compensation — all the while, when one out of five Americans cannot afford to fill the prescription drugs that their doctors prescribe.”

On the anniversary of Medicare’s creation, Bernie Sanders is calling for its expansion into a universal and comprehensive public health insurance policy. For over half a century, Medicare has guaranteed millions of people medicine, treatment, and relative peace of mind. Everyone deserves these things, says Sanders, not just older people.

“I want to say a word about this transition,” Sanders said Wednesday, at a speech at George Washington University,

because I hear over and over again from political opponents, from the industry, “It can’t be done.” Stop and think about the year 1965, when Medicare was first introduced. They did not have then the kind of technology that we have right now. They were developing a brand new program, with all of the difficulty that entails. So please do not tell me that… with all of the technology that we have, that we cannot simply over a four year expand a successful program that is fifty-five years old.

Medicare for All is not just an expansion of existing Medicare benefits. As the slogan coined by National Nurses United in reference to Medicare for All goes, “Love it! Improve it!” The program would eliminate co-pays, premiums, and deductibles for everyone, including Medicare recipients who currently shoulder those costs. In its first year, Sanders’s proposed program gives current Medicare recipients coverage for eyeglasses, hearing aids, and dental care.

“The ability to hear, the ability to see, the desire to have teeth in your mouth is a healthcare issue,” Sanders said.

Over a four-year period, the eligibility age will gradually lower until everyone is covered. Recipients will then be able to go to the doctor, hospital, or clinic of their choosing, instead of having to worry about whether it’s in network. They will no longer receive medical bills. People will pay slightly more in taxes, but way less overall in healthcare costs, and would be able to get the care they need, whenever they need it.

On this latter point, Sanders tackled the right-wing spin with sarcasm. Opponents of Medicare for All, he said, “seem to think that the American people hate paying taxes, but they just love paying insurance premiums. ‘Oh my god dear, the insurance premium is here, what a wonderful day! Oh wow, let’s celebrate, hey!’”

People don’t care who they write their checks out to: they just want to pay less, get the care they need, and never again have to make difficult decisions between their health and their finances.

Everyone, Sanders insisted, will get a better deal under this system. Well, almost everyone. Medicare for All will put private insurance companies out of business, and allow the federal government to negotiate with pharmaceutical companies to bring down prescription drug costs.

As Medicare for All has risen from obscurity to broad popularity in the last few years — thanks in large part to Sanders himself, who has supported single-payer healthcare since the eighties and made it the central demand of his 2016 presidential campaign — insurance and pharma executives rightly view it as an existential threat to their bottom line.

Sanders is not shying away from that conflict. In fact, he wants the American people to know that the main thing standing in the way of them and tax-funded, comprehensive, permanent health care is corporations’ compulsion to maximize profits.

“The current debate over Medicare for All has nothing to do with healthcare,” Sanders said.

“We are not in a debate about which healthcare system is working well or which is better. Nobody thinks that a system in which 80 million or more have no health insurance or are underinsured is a good system. Nobody I know thinks that when Americans are paying the highest prices in world for prescription drugs, that that is a good system.” …

Bernie Is Running Ahead Of The Dem Pack On Health Care

As we talked about on this week’s podcast, Bernie Sanders is having trouble differentiating himself from Elizabeth Warren and other candidates competing for liberal voters. And some of the arguments that Sanders has been making — like that he’s more electable than Warren, even when voters don’t necessarily perceive that to be the case — have been dubious. But one number jumped out at me in the new CNN/UNH poll of New Hampshire Democratic primary voters that’s really good for Sanders: 34 percent think that Sanders is best able to handle health care.

And frankly, he probably should be getting credit. I don’t mean that as any sort of endorsement of his plan. It’s just that he has a plan — Medicare for All — when several of the other Democrats don’t. …