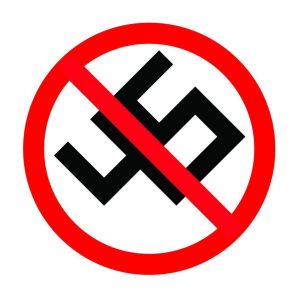 The 2020 elections are fast approaching, and Donald Trump is already perfecting his campaign strategy: disgust his opponents, embolden his base and distract the general public.

As most people have heard by now, the president said that four congresswomen – Alexandria Ocasio-Cortez, Ayanna Pressley, Rashida Tlaib and Ilhan Omar – should “go back” and try to fix the “crime infested places” they “originally came from”. He’s continued rallying against them, accusing them somehow of being both godless communists and radical Islamists.

Outrage ensued across much of the political spectrum. Three of the four congresswomen attacked were born in the United States – the same unequal country they’re trying to fix. Trump’s rhetoric wasn’t the dogwhistling acceptable in US politics (think Ronald Reagan’s racially-charged attacks on “welfare queens”), it was a bullhorn. Even some Republicans joined Nancy Pelosi and House Democrats in passing a resolution denouncing Trump’s “racist comments that have legitimized and increased fear and hatred of new Americans and people of color”.

Omar sees that Trump wants to divide us on the basis of our race, creed or color to “prevent the solidarity of working people”. Trump might want to fight a culture war, but we need to join her in fighting a class war.

Liberals who only weeks ago were calling Omar antisemitic for her criticisms of the Israeli lobby were now rushing to her defense.

It’s a familiar pattern: Trump does a very racist or sexist thing, Trump opponents call out his racism and sexism and declare victory. Democratic party elites jockey for most “anti-Trump” position. Trump supporters rally around the president, his detractors remind each other he’s not their president and things hit a stalemate until the next media event.

This is the exactly what Trump wants politics to become – not about issues, not a contest about the distribution of power and wealth, but a culture war hosted by the media and fueled by competing Twitter teams.

Hillary Clinton couldn’t run on substance. Sure, there were progressive economic promises in her platform, but with her background, no one expected her to carry them out. She was a friend of Wall Street, she was a supporter of the Iraq war and the country’s bloody foreign policy establishment, so instead of decrying inequality, she tried to win a landslide victory by way of the culture war. It was the corporate wing of the Democratic party against a “basket of deplorables” – it’s no wonder that so many working people decided to sit the election out.

But Omar, Trump’s most frequent target, is different than Clinton and those in the Democratic establishment. …