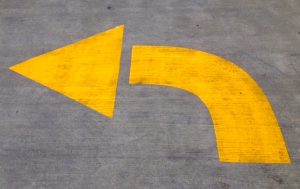 The U.S. public’s vision for the government’s size and scope is “the most liberal ever recorded” in the 68-year history of what’s known as the Public Policy Mood estimate, the estimate’s creator James Stimson announced Wednesday.

“The annual estimate for 2018 is the most liberal ever recorded in the 68 year history of Mood, just slightly higher than the previous high point of 1961,” Stimson wrote to POLMETH, the mailing list of the Society for Political Methodology and the Political Methodology section of the American Political Science Association.

Stimson is a recently retired professor of political science at the University of North Carolina at Chapel Hill who has long measured the public’s view of government by comparing survey responses from over the decades and, in essence, putting them into an algorithmic blender in order to compare the public mood at different times on a continuum from left to right.

Stimson wrote Wednesday that the shift represents “expected leftward movement” in response to Donald Trump’s presidency. He cautioned, however, that his estimates “do not include Trump’s signature issues of immigration restriction and trade protectionism.”

Stimson also noted that a two-year measure of public mood, which combined data from 2017 and 2018 (and in similar two-year increments back to 1951/2) “shows the same leftward movement, but the 2018 level is not as left as the early 1960s estimates.”

Stimson’s public policy mood measurement addresses a problem in long-term public opinion analysis: the lack of common survey questions. As he wrote recently, “the actual agenda of politics changes over time and so survey organizations, trying to stay current, change the questions they pose.”

In other words, while political scientists aren’t lucky enough to have decades of pollsters who’ve asked about, for example, both McCarthyism and climate change, “the tracks of issue preferences over time should move together, tracing more or less parallel courses,” as Stimson wrote in 1991. …

Half Of Americans See Fake News As Bigger Threat Than Terrorism, Study Finds

s the US gears up for its next general election, half of Americans view fake news as a bigger threat to the country than terrorism, illegal immigration, violent crime or racism, according to a new study.

The 2016 presidential race was widely regarded as a wake-up call to the spectre of foreign influence, following what the US government concluded was a “systematic” Russian campaign to undermine its democratic process. But under the Trump presidency, fake news and misinformation has also grown into a new front in US political warfare.

“Since Facebook has monopoly status in the market, users have no power to drive market-based accountability. If government doesn’t step in, then I don’t see anything fundamentally changing.”

The result, according to the study by the Pew Research Center, is that almost 70% of Americans feel fake news and misinformation have greatly affected their confidence in government institutions, and experts warn of a deepening crisis if the status quo is left unchecked.

“I think we will rue the day when we don’t step up,” Mark Warner, the top Democrat on the Senate intelligence committee, told the Guardian in an interview. “The platform companies – Facebook, Twitter, Google – are alert to the fact that there’s a problem, and they have taken firm actions of self-policing.”

“But from a guardrails or rules-of-the-road standpoint, remarkably we’ve done nothing.”

A host of top 2020 Democratic presidential contenders have recently been the targets of content that, despite being false, has been widely shared across social media. …