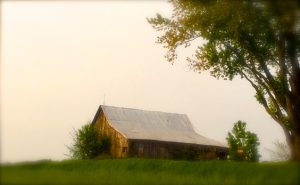 Now add President Donald Trump’s tariffs to the problems, and the situation is even more dire.

My first job as a reporter when I joined The Capital Times’ staff back in 1962 was to cover the farm beat.

Family farming was a huge deal in those days, fueling the economy of many small Wisconsin communities and well deserving of a newspaper beat all its own, just like the police, the courts, city hall, the UW and, yes, the state Capitol.

But the cracks in the farm economy started to appear way back then. The unfairness of the nation’s economic system was especially tough on the farmers. Those who did the bulk of the work to bring food, milk and other staples to the dinner tables of American families were the ones who got paid the least.

During the sixties, the inequities became acute enough that for one of the few times in U.S. history, farmers decided it was time to organize just like the unions in urban America. It marked the birth of the National Farmers Organization, which dedicated itself to organizing farmers to go on strike to get a better share of the market.

The “middle men” were the villains. The price farmers got for their milk was about a tenth of what it sold for in stores, while the big processing companies and wholesalers gobbled up most of the money.

The NFO actually did call strikes, or what were euphemistically called “holding actions.” Instead of sending milk to market, members would ceremoniously dump the product in their fields. They also withheld other products, like hogs that many Wisconsin family farmers raised back then, from hog buyers, including the Oscar Mayer plant here in Madison.

I covered this scene, and as a farm kid, sympathized with this new militancy to force some fairness into the system. But organizing farmers was akin to corralling cats, and the “strikes” didn’t amount to much, except to bring the public’s — and some politicians’ — attention to the family farmers’ plight.

Unfortunately, a flurry of programs, marketing orders and policies did little to help. …

ELLEVILLE – On a bracing spring Wisconsin morning, third-generation auctioneer Cory Bidlingmaier plies his trade, the rhythmic chant of his sales pitch rising and falling like the gusts of wind sweeping through from the north.

His voice speeds up and eases back, the words and numbers running and rumbling until a deal is going, going … gone.

Taking it all in, Dale Ryan leans against the hood of a pickup truck.

Surrounded by neighbors and buyers — about 40 people in all — he watches Cory and the B&M Auctions team put his hay and herd of dairy cows under the hammer.

Dale’s life has been this dairy farm. Now, the auctioneers are moving a dairy cow every 60 seconds.

His family isn’t giving up farming. They remain in the crop farming business, growing corn, soybeans, wheat and alfalfa, while also doing custom work harvesting crops for others. They’ll also switch to a new herd of beef cattle.

But dairy? They’re done with it.

A worldwide glut of milk continues to drive down the price farmers receive, to the point that many barely break even or lose money. In 2018, for the third straight year, Wisconsin led the nation in farm bankruptcies — most of them family dairy operations, which have been a staple of Wisconsin life for generations. …