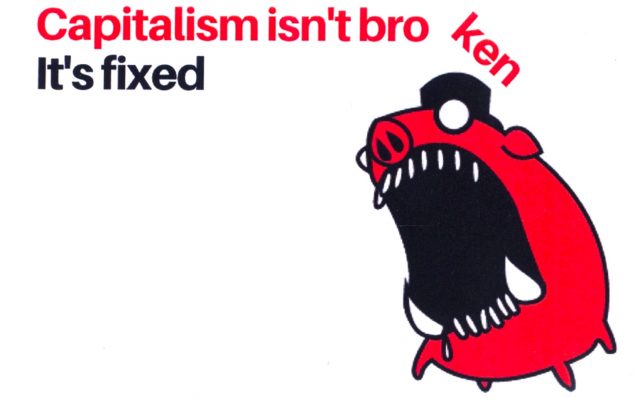 ‘symptomatic of a much bigger problem’

[Editor’s Note: the article also traces the corruption that spread through Boeing as they grew closer to the shady shortcut world of US War Department contracting. — Mark L. Taylor]

A veteran commercial pilot and software engineer with over three decades of experience has just written the most damning account of the recent Boeing 737 fiasco. At one level, author Gregory Travis has provided us with the most detailed account of why a particular plane model once synonymous with reliability became a techno-death trap. But ultimately, his story is a parable of all that is wrong with 21st-century capitalism; Boeing has become a company that embodies all of its worst pathologies. It has a totally unsustainable business model—one that has persistently ignored the risks of excessive offshoring, the pitfalls of divorcing engineering from the basic R&D function, the perils of “demodularization,” and the perverse incentives of “shareholder capitalism,” whereby basic safety concerns have repeatedly been sacrificed at the altar of greed. It’s also a devastating takedown of a company that once represented the apex of civilian aviation, whose dominance has been steadily eroded as it has increased its toxic ties to the U.S. military. In that sense it mirrors the decline of America as a manufacturing superpower. And finally, it shows a company displaying a complete loss of human perspective in the “man vs. machine” debate.

The FAA had no in-house ability to determine if a particular airplane’s design and manufacture were safe. So the FAA said to the airplane manufacturers, ‘Why don’t you just have your people tell us if your designs are safe?’”

Here’s the crux of Travis’s analysis: “Design shortcuts” led to safety hazards. The newest version of Boeing’s 737 plane, previously known for its reliability and ease of use, became a high-tech disaster. Machines overwhelmed man. And worst of all, the aviation industry regulatory overseer, the Federal Aviation Administration (FAA), subcontracted the safety/certification functions to Boeing itself, so there was no early warning system in place to avert the resultant tragedy.

Travis largely restricts his analysis to the 737. But his article illustrates pathologies long evident at Boeing and the FAA.

Let’s look at the last problem first: The FAA suffers from reduced funding from Congress (the Daily Beast reported that “the agency’s 2019 budget actually cut funding for the Aviation Safety Office by 1.7 percent”), and a corresponding loss of aviation expertise, as many of its top personnel have migrated to the private sector. Of course, that’s nothing new for the FAA, which has a sad history of hemorrhaging personnel since the days of the air traffic controllers’ strike/collective dismissal under Reagan (a cost control measure), as well as embracing neoliberal, supposedly market-based performance incentives that are thoroughly inappropriate for a regulatory body first and foremost responsible for flight safety.

Becoming more “industry-friendly” and starved of adequate personnel and fiscal resources to do its job properly, the FAA has therefore been forced to delegate much of its regulatory oversight and certification functions to the airline industry itself (“self-certification”) and has therefore become a case study in “regulatory capture.”

Boeing’s failures resonate with the public in a way that no complicated financial fraud possibly could. It takes a certain level of technical expertise to understand how the toxicity of a financial derivative poses dangers to an economic system; but everybody instinctively understands the tragic impact of a plane crash, like the doomed Lion Air and Ethiopian Airlines 737-related accidents. …

(Art from Democratic Socialists of America.)