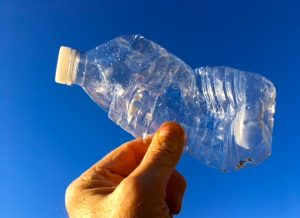 Microplastic is raining down on even remote mountaintops, a new study has revealed, with winds having the capacity to carry the pollution “anywhere and everywhere”.

The scientists were astounded by the quantities of microplastic falling from the sky in a supposedly pristine place such as the French stretch of the Pyrenees mountains. Researchers are now finding microplastics everywhere they look; in rivers, the deepest oceans and soils around the world.

Other recent studies have found microplastics in farmland soils near Shanghai, China, in the Galápagos Islands, a Unesco world heritage site, and in rivers in the Czech Republic. Humans and other animals are known to consume the tiny plastic particles via food and water, but the potential health effects on people and ecosystems are as yet unknown.

“Because we were on the top of a remote mountain, and there is no close source, there is the potential for microplastic to be anywhere and everywhere.”

However the ubiquity of the pollution means it needs to be taken very seriously, said Steve Allen, at the EcoLab research institute near Toulouse and who led the new work in the Pyrenees: “If it is going to be a problem, it is going to be a very big problem. I don’t think there is an organism on Earth that is immune to this.”

About 335m tonnes of plastic is produced each year – while it degrades extremely slowly, it can be broken into smaller and smaller pieces. Microplastic pollution in rivers and oceans is now well known but just two previous studies have looked at its presence in the air, one in Paris, France, and another in Dongguan, China. Both found a steady fall of particles.

The new study, published in Nature Communications, is the first to show microplastic is raining down just as hard in remote environments and that it can travel across significant distances through wind. The team collected samples from high altitudes in the Pyrenees that were far from sources of plastic waste – the nearest village was 6km away, the nearest town 25km, and the nearest city 120km.

They found an average of 365 plastic particles, fibres and films were deposited per square metre every day. …