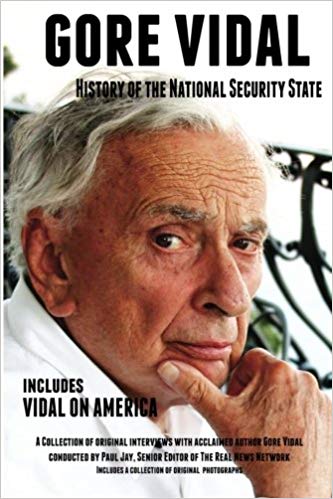 The United States of Amnesia.

Gore Vidal speaks to the National Press Club on March 18, 1998 on the evolution of the brutal American National Security State. It is significant that Wikileaks Julian Assange was clutching a copy of “History Of The National Security State”, a collection of interviews with journalist Paul Jay of the Real News network, as he was roughly hauled out of the Ecudoran embassy in London by a squad of police.

He was as insightful — humorous — and as he was prescient.