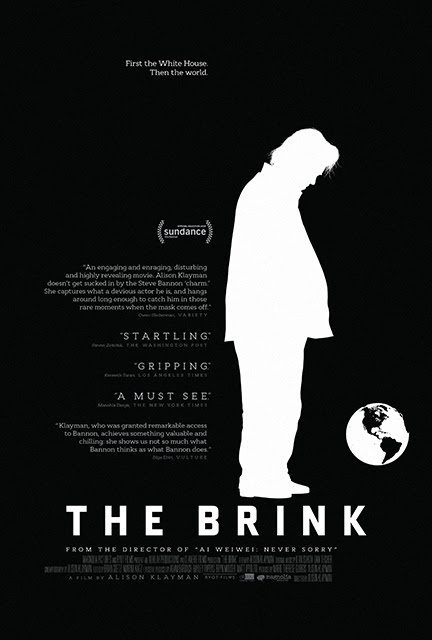 What is there to be said about Steve Bannon that hasn’t been scratched into a bathroom stall under a sewer in hell with a demon’s fingernails? The former Trump guru and campaign strategist has been conspicuously absent from the public sphere as of late. Some of this might be the result of the ongoing Mueller investigation into the campaign Bannon helped create. However, some of it may also be due to the fact that he has a documentary about him coming to theaters soon. For The Brink, filmmaker Alison Klayman was purportedly given full access to Bannon, and the film follows him through the 2018 midterm elections as he runs around being Steve Bannon.

Klayman seems to have gotten Bannon’s blessing to film everything he was doing as a result of her previous award-winning 2012 documentary on Chinese artist and activist Ai Weiwei. Maybe Bannon was hoping for the same level of complicated lionizing portrayed in that film, but from the early reviews, it seems that Steve Bannon forgot that he isn’t a particularly impressive person fighting against an oppressive regime. He is an egomaniac fighting to overthrow social norms by utilizing white supremacist and white nationalist groups.