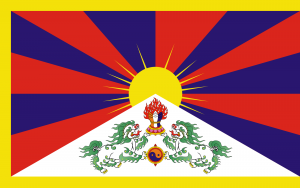 “Increasingly, we see that countries that have typically spoken out on behalf of Tibet are now shying away from doing so.”

A Tibetan flag flutters alongside a Massachusetts one and the US flag outside Boston City Hall, marking the 60 years since the Tibetan uprising in Lhasa prompted the Dalai Lama to flee his palace.

A group of Tibetans and activists gathered on a frigid Friday to hoist the flag, which will fly through March 14.

Lhadon Tethong held her 2-year-old son in her arms as the flag was raised. Like her son, Tethong was not born in Tibet.

Her father fled his homeland after the uprising, so she was born in Canada and never lived in Tibet. Tethong, director of the Tibetan Action Institute, has been an activist most of her life.

The March 10 anniversary is a bitter one for Tibetans, she says.
“It was the ultimate sort of breaking moment for their lives, for people fleeing into exile, for His Holiness leaving Tibet,” Tethong said. “For all the Tibetans that have lived like my father in exile for so long, who thought for a very long time that they would be going home. Sixty years is a long time. And so that sadness … I think every Tibetan — and I feel it — even having been born and raised in the West.”
The Dalai Lama was supposed to attend a dance troupe performance on March 10, 1959, but he was told he could not bring soldiers, and his bodyguards could not be armed. Soon, thousands of people in Lhasa surrounded the Norbulingka palace. A few days later, the Dalai Lama fled Lhasa for India. Tibetan rebels launched an attack on March 19, but Chinese troops captured the city on March 25. Some 87,000 Tibetans were killed, and some 100,000 fled as refugees. …
Read the Rest and 6-Minute Audio 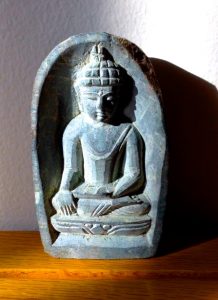