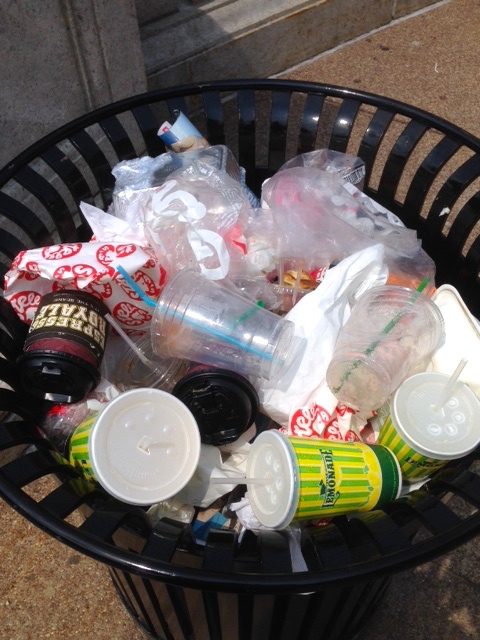 Capitalism, greed and inequality have created a crisis in the global recycling system.

IPOH, Malaysia ― Bales of plastic garbage, stacked 15 feet high, shimmered in the 100-degree heat. Theygave off a faint chemical smell as they warped and softened under the equatorial sun.

A canary-yellow Walmart clearance tag poked out from one of the dirty heaps. Wrappers and packages from American products were visible nearby. These items had likely traveled 10,000 miles to this unmarked and apparently unauthorized dumpsite in a quiet industrial neighborhood in northwestern Malaysia.

The bale with the Walmart tag was tightly packed with an array of other plastic waste, including a bag that once contained cheese from Wisconsin cheesemaker Sargento with a U.S. 800 number printed on its back.

Ad hoc dumps like this one, teeming with foreign waste, have popped up across Southeast Asia in recent months ― each an ugly symbol of a global recycling system that regional activists and politicians have described as unjust, inequitable and broken. In January and February, HuffPost visited several of these sites in Malaysia to see what really happens to much of the plastic trash that originates in the U.S. and other wealthy nations.

Last year Malaysia became ― virtually overnight ― the world’s largest importer of plastic scrap, receiving hundreds of millions of tons from the United States, Europe, Japan and elsewhere. Malaysia’s neighbors, including Thailand and Vietnam, endured a similar deluge. The results have been shocking.

In Malaysia, shipments of imported plastic are piling up at ports, and a robust underground industry of illegal recyclers has spread across the nation, affecting the health and safety of local communities. …

(Commoner Call photo and cartoon by Mark L. Taylor, 2019. Open source and free for non-derivative use with link to www.thecommonercall.org )