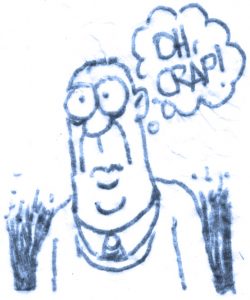 How the 25th Amendment and the democrats could grease the way to a second Trump term.

A recent broadcast of the Canadian Broadcast Corporation (CBC) news show Fifth Estate with host Bob McKeown gives a view of the American political crisis much like someone witnessing a domestic squabble in the next-door neighbor’s kitchen. It is a good summary of the past two years but the last three minutes should give us all pause.

McKeown explores the issue of the 25th Amendment by which members of the cabinet can remove a president if a majority felt a president has become unfit or unable to carry out the duties of the office. Clearly there are grounds for taking such a step now but McKeown raises a twisted way in which the amendment could be used to further Trump’s reign of error.

At the very end of the segment journalist Matt Taibbi raises concerns about how the democrats could actually insure Trump has a second term. Unfortunately — given its history — between the two scenarios of Trumpian triumph, Taibbi’s is the one most likely to occur.

The two possibilities are laid out beginning at the 18-minute point in the video.

(Commoner Call cartoons by Mark L. Taylor, 2017/2018. Open source and free to use with link to www.thecommonercall.org )