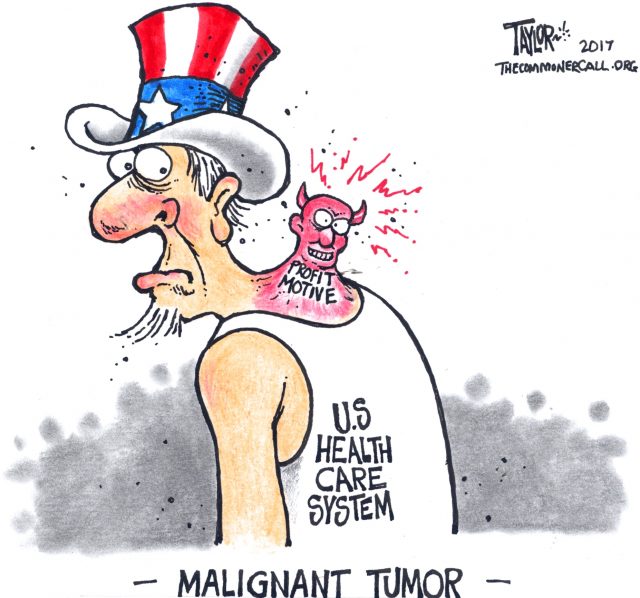 The head of a Food and Drug Administration advisory panel on opioids has accused the federal agency of looking out for pharmaceutical company income at the tragic cost of public lives, saying the behavior “borders on the criminal.”

“As I sit and listen to them in meetings, all I can think about is the clock ticking and how many people are dying every moment that they’re not doing anything,” Dr. Raeford Brown told The Guardian earlier this week. “The lack of insight that continues to be exhibited by the agency is in many ways a willful blindness that borders on the criminal.”

He said the FDA talks a “good game, then nothing happens.”

“We have to hammer on the abusers in every way possible,” Sackler wrote in an 2001 email revealed in the lawsuit. “They are the culprits and the problem. They are reckless criminals.”

Brown’s angry attack comes as the Massachusetts attorney general is suing Purdue Pharma and members of the Sackler family who own the company that manufactures OxyContin, accusing them of being “personally responsible” for a “deceptive sales tactics” that pumped their highly addictive drug into public hands.

The Sackler family pushed doctors to get “more patients on opioids, at higher doses, for longer, than ever before” while paying “themselves billions of dollars,” Massachusetts Attorney General Maura Healey told CBS This Morning on Thursday. …

Johann Hari: Everything You Think You Know About Addiction Is Wrong

What really causes addiction — to everything from cocaine to smart-phones? And how can we overcome it? Johann Hari has seen our current methods fail firsthand, as he has watched loved ones struggle to manage their addictions. He started to wonder why we treat addicts the way we do — and if there might be a better way. As he shares in this deeply personal talk, his questions took him around the world, and unearthed some surprising and hopeful ways of thinking about an age-old problem.

Link to Story and 14+-Minute Video

(CNN) The lobbying group for the pharmaceutical industry spent about $27.5 million on lobbying activities in 2018, federal filings show.

This is a record annual total for the Pharmaceutical Research & Manufacturers of America, or PhRMA, which represents most of the nation’s largest drug and biopharmaceutical research companies, including Pfizer, Sanofi, Merck, Johnson & Johnson and Gilead Sciences.
PhRMA’s previous record lobbying bill topped out at just over $25 million when the industry fought the Affordable Care Act in 2009.
According to OpenSecrets, a nonpartisan, independent research group tracking money in US politics, individual companies within the pharmaceuticals and health products sector spent $194.3 million on lobbying as of October 24, 2018 over and above the amount disclosed by PhRMA. …
Read the Rest and 1+-Minute Video