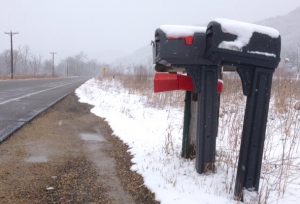 Trump is going to get his $5 billion anyway whether the Democrats let him or not. However, if he invokes a State of Emergency, he will have increased powers to side-step the rule of law. Very dangerous!

Trump doesn’t care about the government, only about himself. By giving in to his latest tantrum, the Democrats show the country that they care more about the welfare of the people hurt by the shutdown then they do about “being right.”

Then once the government is going again, they can lambast Trump for holding everyone hostage and get to work investigating Trump’s dealings in support of the Mueller investigation.

If Trump declares an emergency, he will make it look like he had no choice because of the Democrats. The Democrats will then, once again, be the tail of the dog named Trump.

In basketball it’s called “the step-back three.” Make contact with your opponent (the standoff we’re presently in), step back to get space (temporarily giving in), then shoot the killer three point shot (aggressive offense).

Democrats have to do more then just react to how bad Trump is. They have to have the courage and vision to set the example of what is good.

(Commoner Call photo, 2017. Open source and free for non-derivative use with link to www.thecommonercall.org )