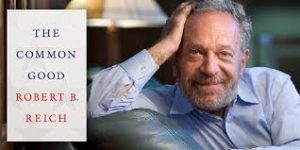 Democrats are now in control of the House of Representatives, under Speaker Nancy Pelosi. After two years of Republican control over both chambers of Congress and the presidency, some balance has been restored to our democracy.

I know and have worked with many members of the 116th Congress. They are people of integrity who will strive to do what is right for America. Nancy Pelosi is tough and courageous. Were it not for her insistence, Barack Obama would not have pushed for the Affordable Care Act.

But they are not miracle workers. Republicans still control the Senate, Trump is still the president, and there is still a conservative majority in the supreme court.

House Democrats will make life harder for Trump, to be sure. They will investigate. They have the power to subpoena witnesses and documents. The ways and means committee is specifically authorized to subpoena Trump’s tax returns.

They might even move to impeach Trump, if special counsel Robert Mueller reports what I expect him to.

They will also stop bad laws coming from the Senate – cuts in Medicare and Medicaid, social security and food stamps for the poor.

But they will do little to slow or reverse the growing imbalance of wealth and power in this country, unless they are pushed to do so.

Do not ever underestimate the influence of Wall Street Democrats, corporate Democrats, and the Democrats’ biggest funders. I know. I’ve been there.

In the 2018 midterms, according to the nonpartisan Center for Responsive Politics, big business made more contributions to Democrats than to Republicans. The shift was particularly noticeable on Wall Street. Not since 2008 have donors in the securities and investment industry given a higher percentage to Democratic candidates and committees than to Republicans.

But the Democrats’ moneyed interests don’t want more powerful labor unions. They are not in favor of stronger antitrust enforcement against large corporations. They resist firmer regulation of Wall Street. They are unlikely to want to repeal the Trump-Republican tax cut for big corporations and the wealthy. …