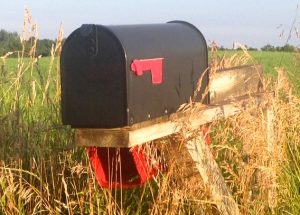 I enjoyed reading the letter about the plumber from Worcester, MA. That plumber seems as willfully ignorant as “Joe the Plumber” from 2008 lore.Yes it is easy to blame Clinton for NAFTA but let us not forget that practically every Gingrich Republican in Congress for that NAFTA nonsense back in 1993. The anti-Nafta congressmen were mostly Democrats like IL Rep Lane Evans who represented the Moline area for over 20 years.
My dad, who voted for Trump in the Wisconsin primary says similar things as that plumber. He too was a skilled blue-collar guy before he retired. In fact he had to retire early because his plant shut down and moved to China so I can definitely relate to this plumber.
My dad however is different. He is not an angry man. He does not blame his problems on blacks, Mexicans, Muslims or immigrants. He thinks all of them (politicians) are sell outs and corrupt (yes that is also a problem). Also, my dad will be voting for all of the Democrats on the ballot come November 6. As bad as some of them are (Yes, I am looking at you Rep. Ron Kind) they are still better than any of this crop of GOPers.
This plumber watches too much disingenuous crap from FOX News. He like many, voted against his own interest and has nothing to show for it.
Dan Roche
Prairie du Chien, WI.