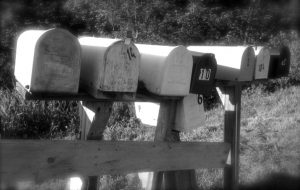 I was visited by a plumber repairing my heat registers. A typical blue collar guy with a full Boston accent. Intelligent, lucid and angry as hell. He brought up Trump I did not.
It began by his explaining the crap pipes he has had to work with since NAFTA. In some detail he told a set of stories about how the pipes and boilers from China have ruined his business. He talked about how just removing a bolt or nut from a pipe ends up in broken pipe, destroyed threads and how boilers now give out so quickly. He talked about how his grandfather and father were plumbers too…he will go into houses or apartments where they worked… and the pipes they installed remain in tact but the new plumbing shreds.
He blames it all on the Clintons and NAFTA and how Trump is going to fix it all.
He said it isn’t about women. That he would vote for Laura Ingram or Nickie Haley…he talked about his military buddies (he is 50) screwed by the Clintons.
This guy was pissed…and he is dirt poor. He was ruined by the 2005 housing bust and hasn’t recovered since. He told stories about going into these 400k homes…where people had no furniture but a Caddy out front and houses falling apart…and about not getting paid by all of them as the bust destroyed it all.
Now I’m not saying I agree with the guy…but the intensity of his pain, loss and anger was …. truly… heart rendering. I UNDERSTAND why he voted for Trump. Why he couldn’t give a shit that Trump doesn’t look or sound Presidential…he just wants his money back. Wants his ‘good American made pipe’ back.
I listened to this guy for thirty minutes and couldn’t be angered or disgusted by him. His intensity of anger is palpable, was palpable. And he spoke about all the people in Boston, the blue collared people, like him who are angry and will do ANYTHING to Democrats, especially the Clintons, out.
Our country is in trouble. So divided.
Thomas Balistrieri
Worcester, MA