Claiming that the “violent left” is preparing an insurrection designed to grab “illegitimate power,” the Oath Keepers’ president and founder Stewart Rhodes this week announced on their website that his group is organizing training sessions around the United States aimed at helping militiamen and “Patriots” prepare for “lethal force” at far-right events in cities targeted for right-wing protests.

Appearing on Infowars with host Owen Shroyer on Monday, Rhodes explained that Oath Keepers is organizing “Spartan Training Groups” in every state with the aim of bolstering efforts to combat “antifa and the far left.” He spun the effort as part of a larger vision of becoming a national militia that could be called into action by President Trump:

“We’re going to have our most experienced law enforcement and military veterans, as well as firefighters, EMTs, Search and Rescue — guys that we’ve vetted that are qualified to teach, to go and train average Americans in how to organize their own neighborhood watch, their own security teams, their own event security, and walk them up the ladder in proficiency, so that they are available for the sheriff as a posse, under a Constitutional governor to be a state militia, or if it was called out by the President of the United States to serve as a militia of the United States to secure the schools, protect our borders, or whatever else he asks them to do to execute our laws, repel invasions, and to suppress insurrections, which we’re seeing from the left right now.

“So we want to see a militia, basically, reestablished in this country and trained up. So we’re calling them training groups, we’re not calling them militia, because we believe that we want them to be a pool of people that can be utilized by the governor, by the sheriff, or by the president of the United States.”

Although Rhodes has deployed paramilitary “Community Preparedness Teams” before, his latest announcement meshes neatly with a broadly emerging strategy on the radical right — namely, to create confrontations in liberal urban centers with heavily armed gangs of men from rural and suburban areas, mostly under the guise of “free speech” events at which right-wing extremists spew hateful rhetoric against immigrants, Muslims and “the left.”

Oath Keepers has been mostly a minor presence at most such events held so far, including events organized by Patriot Prayer, the Vancouver, Washington-based  antigovernment group, in Portland, Oregon, San Francisco and Berkeley, California, and Seattle and Olympia, Washington. However, a variety of “Patriot” militiamen, most of them affiliated with the III% movement, have played central roles at them by engaging in physical confrontations with counter-protesters. 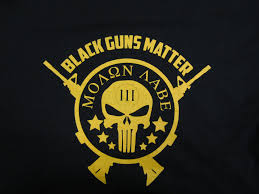 A far-right strategy takes shape as militiamen organize to use ‘lethal force’ for violence-prone events in liberal urban centers.

Their presence would bolster an already aggressive bloc of far-right activists at these events. In the past six months, far-right Proud Boys have become the largest and most violent of these, culminating in Patriot Prayer rallies in downtown Portland on June 30and August 4 that featured a number of brawls and injured participants, as well as arrests.

At the most recent event, last Saturday in Seattle, the Patriot Prayer contingent arrived heavily armed and shouting threats at counter-protesters, though little actual violence erupted.

The aggressive street tactics featuring threats and violence are consonant with the rhetoric used by Patriot Prayer and the Proud Boys. They’ve also spoken of a broader vision of more such groups deliberately invading urban areas where far-left antifascists and anarchists have an established presence, with the clear intent of provoking a violent response that they see as permission for their own violence.

Patriot Prayer leader Joey Gibson told his followers in a Facebook video in early August, talking about the upcoming Portland event: “We will go in there, we will protect ourselves, and we will make sure the entire country sees what is happening in Portland, in Seattle, in Berkeley, in San Francisco, because the rest of the country, if they don’t wake up and begin to make change, begin to stand now, they’re going to wind up just like Portland.”

“Of course, we all know Portland is the laughingstock of the country. Everyone knows that except for people within Portland itself. Even Oregon itself absolutely hates its own city of Portland. It is disgusting. … This is why it is so important that we go into Portland with freedom-loving Americans, people who love this country, people who love freedom, people who respect God, and to go into these dark cities.

“We cannot continue to just hide in our houses or just go into the safety of a conservative city, or a city where the police are doing their job. We need to go straight into hell with our brothers, with our sisters, having each others’ backs, putting out the fires and bringing light, bringing light into these cities.”

That strategy has been adopted by even more extreme elements of the radical right, including the openly fascist Patriot Front group that attacked an Occupy ICE encampment in San Antonio last month.

Rhodes was clear that his “Spartan Training Groups” are intended to make the militiamen’s violence even more effective. “You’ve got Patriot Prayer, you’ve got the Proud Boys, a lot of groups are doing excellent work already,” he told Shroyer. “We just want to make sure we raise the bar of professionalism and skill, because our concern is that antifa will eventually go kinetic, whether it’s through use of bombs or firearms, and we want to make sure the Patriot population of this country is prepared to handle it.”

The intent, he said, is to “put down insurrections, which is what we’re seeing from the left right now.”

Shroyer was almost hysterical about this. “So radical leftists in the United States of America have become so violent, so unhinged,” he said, “that Patriot groups like the Oath Keepers now have to form strategic protection plans, and train fellow Americans on how to protect themselves from these violent actors being drummed up and incited by CNN, by the likes of Brian Stelter, by the likes of the mayor of New York, Andrew Cuomo, by the likes of the Democrat Party, Nancy Pelosi, and Maxine Waters.”

“So the left in America,” he continued, “the Democrat Party and the radical left in America is trying to incite violence, and on multiple occasions have tried to kill Trump supporters and Republicans. Kill. Kill! Threatened to kill — Trump and conservatives! So now Patriots have to respond by protecting themselves.”

The real source of violence? The far right

Considering the actual record of violence, Shroyer’s hyperbolic fear may just be old-fashioned projection. In fact, there is no record of any antifascist shooting or killing anyone in the past several decades. In contrast, the racist “alt-right” has been involved in murdering 43 people and injuring 67 over the past four years alone. In Seattle on January 20, 2017, an alt-right couple allegedly shot and severely injured an antifascist protester outside a Milo Yiannopoulos event.

Rhodes, however, made clear that the strategy of attacking “the far left” in urban centers was about much more than just “free speech” — rather, he sees it as the newest front in America’s culture wars, with a classic “Patriot” pro-Trump conspiracist twist revolving around immigration.

“Our concern is that the Deep State is going to run the clock out on Trump, and nothing will change on the border,” he said. “And we know that’s the endgame for the Democratic Party, it’s what they want, which is to bring in more voters that they think will vote Democrat. That’s the whole point. And so we have to stop that. It’s an existential threat to the survival of our nation.”

He continued: “It’s not about race, it’s about the ability to bring in people who can assimilate, or those who want to assimilate, and come here legally. So that’s what it’s about. We have to stop the illegal flow from the South, it’s the endgame for the left, it’s why the antifa were chanting in the streets of D.C., you know, ‘No border, no wall, no America at all,’ because they know that will be their way to victory and a permanent lock on illegitimate power. We’ve got to stop it.”