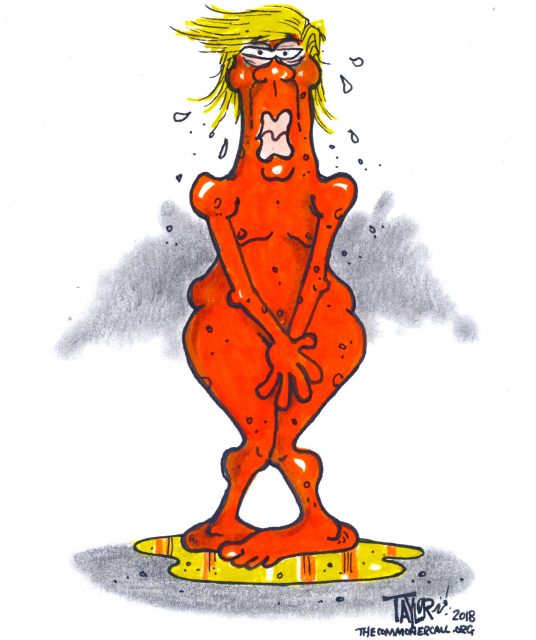 Pecker In A Vise

By the time David Pecker arrived at American Media Inc. in the late 1990s, Jerry George already found himself firmly entrenched in the tabloid empire.

Hired by the National Enquirer’s late publisher Generoso Pope Jr. in 1985, George went on to work at the Enquirer and its parent company, AMI, for 28 years, earning the titles of senior editor and West Coast bureau chief before eventually leaving the company in 2013.

Trump’s Pecker In Prosecutor’s Back Pocket

Prosecutors in the Cohen case claimed that Cohen and Pecker struck an agreement in 2015 to “deal with negative stories” about Trump, two months after he announced his candidacy for president. But George said AMI had already become the “official organ” of Trump long before that.

George spoke with HuffPost this week about Pecker, the evolution of the Enquirer and the role it played in reshaping Trump’s image …