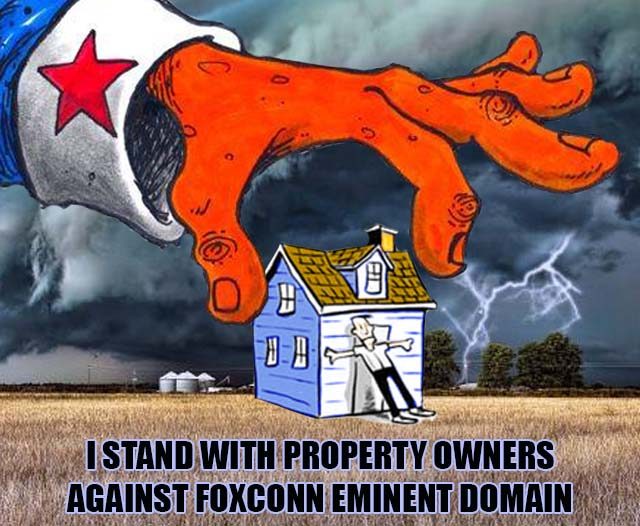 (Dennis Brault creatively put a portion of a recent Commoner Call cartoon to work in this meme.)
Democratic Party of Wisconsin (7/11/18)

Recent reporting by Arthur Thomas for BizNews, detailed below, shows that Foxconn is seeking “flexibility” in meeting its average wage target, which will be artificially boosted by including high-end executive pay in the “average” calculations.This news, of course, comes after we know that Foxconn has already scaled back its Mount Pleasant factory and after costs to taxpayers have gone up. Meanwhile, Foxconn continues to face criticism over its pollution and water use; treatment of its workers; and its use of eminent domain to kick people out of their homes.

“First the costs go up, then the wages come down, what’s next? Scott Walker’s Foxconn deal is taking taxpayer money away from Wisconsin families that should be used for our roads and schools. Instead, their hard-earned dollars are going to a foreign corporation that is already breaking its promises before the factory is even built.” — TJ Helmstetter, DPW spokesperson for 2018 governor race