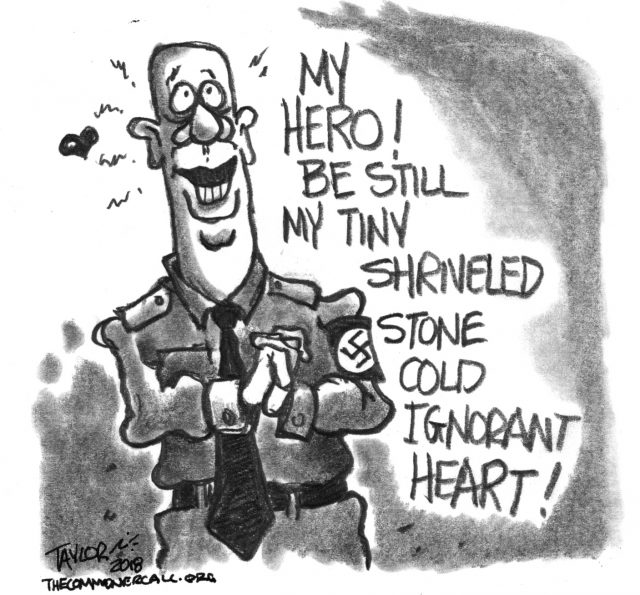 After President Donald J. Trump declared Haiti and other black-majority countries a “shithole” during a meeting about immigration on Thursday, some of his white supremacist followers took it as a good sign.

On Twitter, Gab, VK.com and the white supremacist message board Stormfront, there were celebratory comments, questions about why he didn’t do it sooner and even a slap at the citizens of Haiti.

The Washington Post, NBC and other outlets reported that Trump referred to the countries as “shitholes” and wondered to a bipartisan group of congressmen why the United States was taking in so many people from Haiti and Africa instead of countries like Norway.

Iowa Congressman Steve King, who once compared illegal immigration to the holocaust, applauded the comments as a political win.

Some, such as former Ku Klux Klan leader and neo-Nazi David Duke also chimed in, backing Trump’s comments and hoping he’d stand by the remarks. (Trump, on Friday morning, denied making the comments.)

“We’ll tear down the Statue of Liberty and put a giant Pepe in it’s place. The plaque will read ‘Don’t fucking come here, we don’t want you’.”

But, even more obscure white supremacists and white nationalist took up for Trump on Stormfront, the message board popular among the racist right. Generally using screen names to hide their identities, posters to the board lauded Trump and spoke of what they see as the ills of immigration from Haiti and Africa.

“Why are we having all these people from sh!thole countries come here?” asked a poster going by the name “Cherries.” “Oy vey! Don ask foolish questions, goyim.”

And, a poster calling himself “John T Ford” wondered what all the fuss was about.

“Why is his statement even slightly controversial?” he wrote.

On Gab, the alt-right social media site, Trump’s comments were the subject of much chatter.

A poster going by “ThePsychoticPenguin” floated the idea of changing the look and nature of Ellis Island.

“We’ll tear down the Statue of Liberty and put a giant Pepe in it’s place,” Penguin wrote. “The plaque will read ‘Don’t fucking come here, we don’t want you’.”

Actor James Woods, a conservative who once played President Richard Nixon’s henchman H.R. Haldeman in the movie “Nixon,” wondered why some illegal immigrants wouldn’t want to return to their native countries.

Alt-right front man Richard Spencer couldn’t resist a slap at the citizens of Haiti. Noting their colonial history of French rule, Spencer noted that Haiti is a “potentially beautiful and productive country.”

“The problem is that it’s filled with shithole people,” Spencer tweeted. “If the French dominated, they could make it great again. #MakeHaitiGreatAgain” 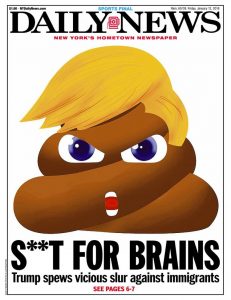