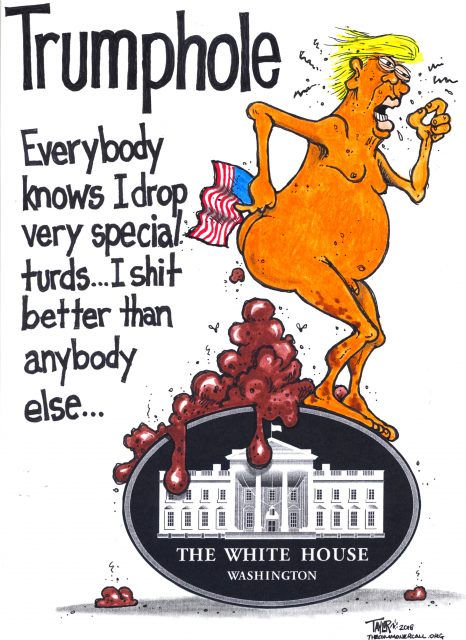 Donald Trump knows a thing or two about “shitholes” – the label he apparently bestowed on El Salvador, Haiti and various African nations during an Oval Office meeting about immigration. His own father was reportedly so ashamed of coming from Germany – widely considered to be a “shithole” by Americans fighting in two world wars – that he pretended for most of his life that he was Swedish.

These Aryan dreams glowed all blond and bright through Trump’s seminal book, The Art of the Deal, in which he claimed his father arrived as a child from Sweden like some kind of Nordic dreamer.

And they persist to this day inside the White House, where the 45th president of the United States wonders why oh why can’t we get more Norwegians to restock the racial purity of our immigrant bloodlines?

Before the Finns complain about prejudice, we need to have a frank discussion, Mr President.

Those who seek to justify or even celebrate Trump must face as much public disgust as the racist-in-chief himself.

You don’t need to be ashamed of your own “shithole” past. Like you, my family also hails from a “shithole”. Half my family comes from Morocco, which is an African country. Like you, I was even born in a “shithole” part of a nation that was once frequented by Viking invaders. I grew up in Birmingham, which you might think of as the Queens of England. (Memo to the White House: Not the Queen of England. She’s totally different, although she’s also from a German family.)

Us shitholers need to stick together

Just as all those snooty Manhattan types disdain your birthplace, most of London sneers at mine. I feel your pain. Us shitholers need to stick together. There’s hope for us, you know. You became president because your Russian friends thought you’d be good for a giggle. I learned how to read and write, and chanced upon a job as a typist. It’s funny how immigration opens doors like that.

Far too many people are surprised by your racism, which is as ignorant as it is blatant. This is confusing because you’ve made no secret of your attitudes.

You started this political trip by insisting that America’s first black president wasn’t really American, despite all evidence to the contrary. You seem driven by an irrational hatred of everything Obama: you even blamed him on Thursday for building a new US embassy in London, even though the decision was taken by his white Republican predecessor. You campaigned against Mexico by peddling the libel that the country was sending its criminals and rapists to America. You now want to kick out 200,000 immigrants from El Salvador who keep the economy humming in your new hometown of Washington.

When neo-Nazis marched in Charlottesville, carrying torches and shouting about racial purity, you said they were good people. You endorsed the Britain First brand of neo-Nazism by sharing its racist lies on Twitter.

With a depressing frequency, you have made it clear that you are literally a neo-Nazi sympathizer. If at some stage you promote eugenics on Twitter, we will save a few letters on our character counts and simply call you a neo-Nazi.

For now, your power to shock says more about us than it does about you. Some people were genuinely ready to believe you were considering a deal on immigration after you allowed the TV cameras to broadcast your civil discussioninside the cabinet room on Tuesday. The media seemed surprised that you could speak like a sane person without dribbling on to your shoes.

This is of course a low bar. But so is feeling outrage about your recent comments about Haitians and Africans. .. 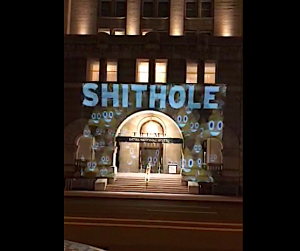 A Truth-In-Advertising Message Was Projected On The Front Entrance Of Trump’s Washington D.C. Hotel.

(CNN)During a meeting in the Oval Office on Thursday, US President Donald Trump reportedly blasted a number of nations as “shithole countries.” Then he turned his attention to Norway.

Trump singled out the wealthy Scandinavian nation, whose Prime Minister he met the day before, and said that he would welcome immigrants from the oil-rich, majority white country.

“If you want to attract more immigration from Norway, you’re going to need to provide Universal Healthcare, Free College, and robust social safety nets. Because they already have all those things.”

But despite the President’s offer, it’s unlikely that an influx of Norwegians will begin to settle in the US anytime soon.
Norwegians become American citizens at a much lower rate than most other countries.
From 2007-2016, less than 1,000 Norwegians naturalized as US citizens, according to US Department of Homeland Security data. That’s an average of 100 Norwegians a year — less than .000001 percent of Norway’s population.
665 Americans became Norwegian citizens between 2006-2016, according to Statistics Norway. …
Read the Rest 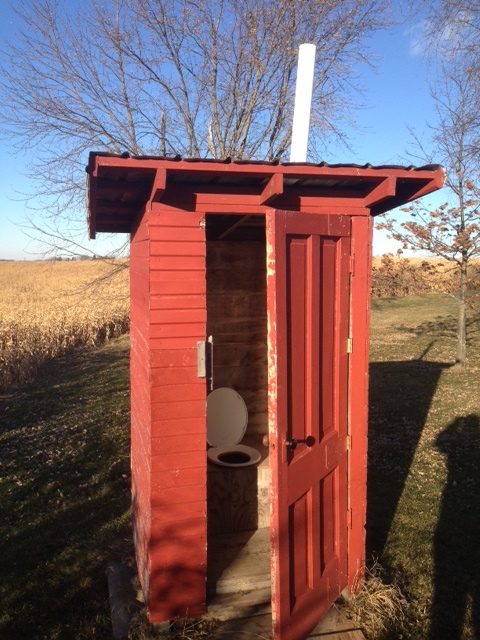 How To Remodel Trump’s Oval Office…

(Commoner Call cartoon and photo by Mark L. Taylor, 2018. Open source and free to use with link to www.thecommonercall.org )