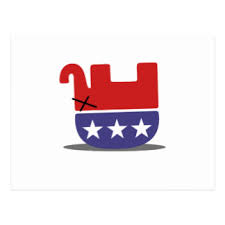 Writer and expert on authoritarian regimes Sarah Kendzior appeared on MSNBC Thursday and blasted Republicans for their submissiveness to President Donald Trump.

She and host Joy Reid discussed the bizarre turn-around of Sen. Lindsey Graham who went from calling Trump a “kook” to attacking the media for trying to “label the guy some kind of kook not fit to be president.”

The uncomfortably effusive praise of Trump by Vice President Mike Pence and members of the cabinet, as well as an unctuous speech by long-serving Sen. Orrin Hatch (R-UT) led Kendzior to speculate that Trump might even be blackmailing some officials.

“The RNC was hacked,” Kendzior said. “We don’t know what happened with those e-mails. We know that Lindsey Graham’s personal e-mails were also hacked and we know that Trump has a long track record of blackmailing and threatening those who he sees as his political opponents. That goes back throughout his entire career.”

Kendzior reminded Reid that many Republicans benefitted in 2016 from millions of dollars of dark money donated by Kremlin-aligned Russian nationals living in the U.S. and that Graham is one of those politicians.

“I think what concerns me most is that they seem afraid,” she said of the Republicans gathered to heap compliments on Trump this week. “They seem unable to stand up for themselves. They lack all dignity.”

“Trump has berated them, he has insulted them,” Kendzior said. “He’s often gone after their wives and their family members, saying terrible things and yet they prostrate themselves to him. What kind of leader are you? What kind of man are you?” …