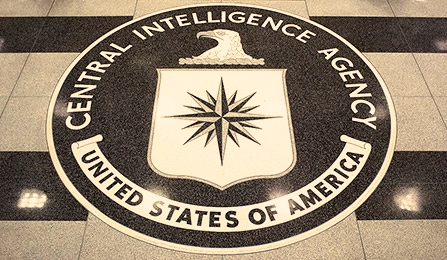 Gestapo: the secret police force of the German Nazi state, notorious for its terrorism, brutality, etc.

(Editor’s Note: Like a well-oiled Mafia operation, every autocratic regime depends upon private “off-the-books” intelligence and thuggish enforcement forces to track and eliminate any kind of resistance to authoritarian rule. In Nazi Germany it was the Gestapo. Similar private enforcement units can be found working for authoritarian thugs like Donald Trump around the planet. The stories below should be of concern to every American citizen because, with unaccountable forces like the one proposed, every American is at risk. – Mark L. Taylor)

The Trump Administration is considering a set of proposals developed by Blackwater founder Erik Prince and a retired CIA officer — with assistance from Oliver North, a key figure in the Iran-Contra scandal — to provide CIA Director Mike Pompeo and the White House with a global, private spy network that would circumvent official U.S. intelligence agencies, according to several current and former U.S. intelligence officials and others familiar with the proposals. The sources say the plans have been pitched to the White House as a means of countering “deep state” enemies in the intelligence community seeking to undermine Donald Trump’s presidency.

The creation of such a program raises the possibility that the effort would be used to create an intelligence apparatus to justify the Trump administration’s political agenda.

“Pompeo can’t trust the CIA bureaucracy, so we need to create this thing that reports just directly to him,” said a former senior U.S. intelligence official with firsthand knowledge of the proposals, in describing White House discussions. “It is a direct-action arm, totally off the books,” this person said, meaning the intelligence collected would not be shared with the rest of the CIA or the larger intelligence community. “The whole point is this is supposed to report to the president and Pompeo directly.”

Amyntor employees took potential donors to a suite in the Trump Hotel in Washington, which they claimed was set up to conduct “secure communications.” Some White House staff and Trump campaign supporters came to refer to the suite as “the tinfoil room.”

North, who appears frequently on Trump’s favorite TV network, Fox News, was enlisted to help sell the effort to the administration. He was the “ideological leader” brought in to lend credibility, said the former senior intelligence official.

Some of the individuals involved with the proposals secretly met with major Trump donors asking them to help finance operations before any official contracts were signed.

The proposals would utilize an army of spies with no official cover in several countries deemed “denied areas” for current American intelligence personnel, including North Korea and Iran. The White House has also considered creating a new global rendition unit meant to capture terrorist suspects around the world, as well as a propaganda campaign in the Middle East and Europe to combat Islamic extremism and Iran.

“I can find no evidence that this ever came to the attention of anyone at the NSC or [White House] at all,” wrote Michael N. Anton, a spokesperson for the National Security Council, in an email. “The White House does not and would not support such a proposal.” But a current U.S. intelligence official appeared to contradict that assertion, stating that the various proposals were first pitched at the White House before being delivered to the CIA. The Intercept reached out to several senior officials that sources said had been briefed on the plans by Prince, including Vice President Mike Pence. His spokesperson wrote there was “no record of [Prince] ever having met with or briefed the VP.” North did not respond to a request for comment.

According to two former senior intelligence officials, Pompeo has embraced the plan and lobbied the White House to approve the contract. Asked for comment, a CIA spokesperson said, “You have been provided wildly inaccurate information by people peddling an agenda.”

At the heart of the scheme being considered by the White House are Blackwater founder Erik Prince and his longtime associate, CIA veteran John R. Maguire, who currently works for the intelligence contractor Amyntor Group. Maguire also served on Trump’s transition team. Amyntor’s role was first reported by BuzzFeed News. …

Would You Trust This Man & A Secret Network of Private Armies?

A new report shows a CIA-related plan that should terrify all of us.

On Thursday, we discussed why it would be a terrible idea for whoever’s president* nextto install Tom Cotton at the head of the CIA. On Friday, we got a look at the writhing ball of snakes that exists at the highest level of this administration*. Given all we know about both these phenomenon, what could be a better idea than giving this national security apparatus a system of private mercenary armies to carry out whatever Cotton or the White House think needs doing, including reviving the inhumane practice of “renditioning” people into torture chambers in Poland and Thailand? Buzzfeed has the story.

“One of the proposals would involve hiring a private company, Amyntor Group, for millions of dollars to set up a large intelligence network and run counterterrorist propaganda efforts, according to the sources. Amyntor’s officials and employees include veterans of a variety of US covert operations, ranging from the Reagan-era Iran–Contra affair to more recent actions in Iraq and Afghanistan. Amyntor declined to discuss the proposals, but a lawyer for the company said in a statement to BuzzFeed News that the type of contract being contemplated would be legal “with direction and control by the proper government authority.” Another proposal presented to US officials would allow individuals affiliated with the company to help capture wanted terrorists on behalf of the United States. In keeping with that proposal, people close to the company are tracking two specific suspects in a Middle Eastern country, the sources said, for possible “rendition” to the United States. A source speaking on behalf of the company stressed that while Amyntor officials are aware of and involved in the rendition plan, the company itself would not be involved.”

So the government wouldn’t be involved, except that the company would be acting with “the direction and control from the proper government authority,” except that the company wouldn’t be involved either. You can almost hear the fcks clustering themselves already. And they’re clustering under an administration* that is as paranoid as it is feckless.

“Those familiar with the proposals say one of the driving impulses for privatizing some missions is a fear by some supporters of President Donald Trump, outside government, that the CIA bureaucracy has an anti-Trump bias that would thwart efforts to fulfill the president’s objectives. “The system does not work,” one source who is sympathetic to the Amyntor efforts told BuzzFeed News. “The people leaking this to you just want to destroy the president.”

Dark as the prospect of this notion is, there nevertheless is a punchline to it, and it involves the company that would run this system if it ever is constructed. …