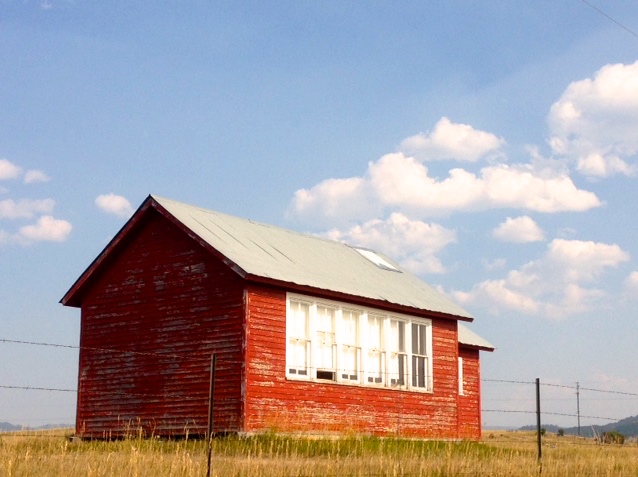 With less than a year in office, Education Secretary Betsy DeVos is already having the narrative of her impact on the nation’s public schools recast from someone with the power to“single-handedly decimate our public education system” to someone who is capable of only incremental change or who is completely ineffectual altogether.

Don’t believe this shift in the storyline.

First, consider how many times media reports trumpeting efforts by the President Trump administration to act more responsibly have quickly changed, within days or even hours, to news reports of the continued fecklessness of the White House.

Similarly, news stories about Trump being completely ineffectual at accomplishing his agenda are constantly counterbalanced with stories of his continued success at radically altering the nation.

One popular stab at remaking the DeVos image is to credit her with achieving an “evolution” in her thinking and approach to using her influence at the helm of the Education Department.

Prominent education policy observers, from Beltway think tanks to news outlets, point to DeVos’s recent speech at Harvard University as evidence of some newfound “restraint” in her efforts to radically alter the nation’s education landscape from one dominated by public institutions to a “marketplace” of privately owned providers getting public funds to compete against neighborhood schools.

Writing at his blog at Education Week, conservative education pundit Rick Hess citespassages from DeVos’s Harvard speech to claim she had transitioned from someone intent on using her leadership role to push through an agenda for “school choice” – the term most often used to describe expansion of privately operated education providers – to someone who will “tread carefully” in using her powers.

Similarly, Lauren Camera, the education reporter for U.S. New & World Report, cites the same speech to credit DeVos with “a natural recalibration of expectations that can occur when one steps into a position and better understands the political realities that can constrain agendas.”

In addition to these “she ain’t so bad” portrayals of DeVos, there has been a rash of reports on her apparent inability to gain support for her agenda in Congress. The House rejected the proposals of DeVos and Trump for more federal spending to boost school choice, and the Senate also rejected the Trump administration’s funding for more school choice ventures.

Reports like these have lulled education policy poohbahs into believing DeVos and her agenda have been effectively neutered by Congressional opposition.

In fact, a recent survey of education policy elites – current and former government officials and bureaucrats and Beltway apparatchiks – finds these “Insiders are skeptical that Education Secretary Betsy DeVos will effectively advance any policies during her tenure at the Department of Education.”

These conclusions about the supposed ineffectiveness of DeVos should be treated with a great deal of skepticism.

First, as seasoned education reporter at Education Week Alyson Klein explains, “from her perch at the department, [DeVos] has other levers to get states and districts to offer kids more schooling options, without help from anyone in Congress.”

With the more than $1 billion in federal grants at her disposal every year, DeVoa can incentivize school choice programs. Klein writes, “Federal officials can give applicants a leg-up if they pitch something choice related, or maybe even if they are a charter school, or part of a district that’s home to a voucher program.”

Further, Klein says, DeVos can use her media leverage – due to her being the most controversial of Trump’s Cabinet officials – to ” give speeches on the virtues of choice, and travel to schools and districts where she thinks choice is making a positive difference.”

And DeVos can use an obscure provision in the new federal education law, called the weighted student-funding pilot, to “allow districts to combine federal, state, and local dollars into a single funding stream tied to individual students.” Klein explains, “Adopting a weighted student-funding formula could make it easier for districts to operate school choice programs, since money would be tied to individual students and could therefore follow them to charter or virtual public schools.”

Any speculation DeVos is somehow backing off her intent to impose school choice on communities or softening her approach to privatizing schools is further cast into doubt by her Department’s recently published “priorities” document that makes clear what her tenure will continue to focus on at the expense of all other possible goals.

The document lists 11 priorities for use in federal discretionary grant programs under her rule. Priority No. 1 deals with school choice. The document specifically proposes giving priority to projects that seek to increase the proportion of students with access to “educational choice.”

In the document, the word “choice” and its variations – “choose” and “option” – occurs 22 times.

On the other hand, “equity,” something many would want at the top of the list, is not a priority at all. Its mention occurs twice, once in a footnote and the other parenthetically. The issue of school funding is also mostly ignored, mentioned only three times. When the subject does occur, it is de-prioritized. “Increased Federal funding cannot be a stand-in for increased learning,” the document declares. “We will focus less on discrete funding streams and more on innovative problem solving.”

There is no mention of the need to work toward racial integration of schools or rectify the harms of segregation.

Clearly, those trying to recast the narrative of DeVos from the potent force originally described in the media into the weakened warrior currently in fashion are seeing the trees and not the forest.

As my colleague at The Progressive Jennifer Berkshire writes, DeVos’s strategy to transform American schools from universal access to a competitive marketplace is a “long game” approach in which every momentary defeat will result in her dedication to the cause to grow even more fervent.

“[DeVos] gives every indication of being quite pleased with the progress she’s making,” Berkshire contends. “’Hasten slowly,’ is how DeVos described her family’s motto in a recent interview. DeVos’s own wealthy family, as well as the one she married into, have sought to impose their shared vision of a country free of unions and dependence on government, including ‘government schools,’ for two generations. Now, after decades of slow hastening, they’re almost there.