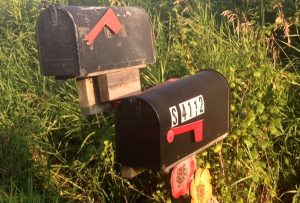 My response to the Chris Hedges article: America’s Homemade Bipartisan Failure & The Hellish Consequences To Come.

Hedges write: “Banks are stockpiling reserves of cash to cope with the expected wave of bankruptcies and defaults on mortgages, student loans, car loans, personal loans and credit card debt. The ruleless-ness and anomie that defines the lives of tens of millions of Americans was orchestrated by the two ruling parties in the service of a corporate oligarchy. If we do not address this anomie, if we do not restore the social bonds shattered by predatory corporate capitalism, the decay will accelerate.”

Question: Does Mr. Hedges see the banking system itself and its corporate leaders as part of the “corporate oligarchy” that is practicing this predatory corporate capitalism which the political parties are in service to?

It seems to me that Mr. Hedges is not willing to challenge the very system of money itself, the very means by which money itself comes into existence, the very notions and structures of attempting to use debt as money, and instead, leaving this question aside, is left with nothing but the effects of the system to criticize. But is only this behavioral and moral analysis of the author sufficient enough to get at the core problem or to find solutions? If the system itself produces effects by design then the players using that system will get the effects despite their moral stature or lack thereof.

But is it reasonable to expect an abstract representational economic unit system of money based on the unit of account being a unit of debt that has fees and costs assigned to the very existence of and the use of the unit to produce anything but instability and debt? And if the system of money cannot produce anything but instability then how can any populace using this kind of system (the history of this includes all the societal citings Hedges lists) not also be unstable? Moral condemnations are pertinent when the systems and structures are already sorted out as to their influence. But the system we have and the structures we are inside of go all but unchallenged in lieu of moral indignation as though there is not real challenge to be made of them. That seems a lot like telling kids playing Musical Chairs that they have moral problems if they push and shove despite the fact that the game itself is based on structural and progressive scarcity.

I have not seen Mr. Hedges take a close look at the very premises of using banks as the place from which the abstract economic unit of account originates. (Maybe he has and I just have not seen it.) But the effects of doing money in this fashion are experienced by all despite their awareness or ability to challenge the structures that have been implemented and gone unchallenged throughout the history of capitalism. What seems missing in the analysis of Mr. Hedges is his seeming assumption that the problems we see around the world and down through history are only based in personal moral failings of the players while not challenging the very structure and assumptions and definitions of the system they are using. This cannot make for a very good prognosis if the system itself can only produce that which it has thoroughly demonstrated enough times that one should have already shifted one’s focus. But I have not seen much of a monetary systems analysis from Mr. Hedges and wish he would look at that.

One such group that is doing so from a systems dynamics analysis offers hope and the chance to get out of impending disaster by challenging our very definition of money here: https://mrcenter.info/Doc/ConferencePapers/2015/MRC_2015_Gauvin_Meira_Final_Release_Amendement_for_Publication.pdf

They then go on to make these proposals which any populace in any governing jurisdiction can bring to their own self governance: https://www.moneytransparency.com/msta-resolutions

I am not willing to condemn all of humanity to a simple lack of abstract representational acuity which we all can easily acquire. Once the entire populace thought the earth to be the center of the solar system.