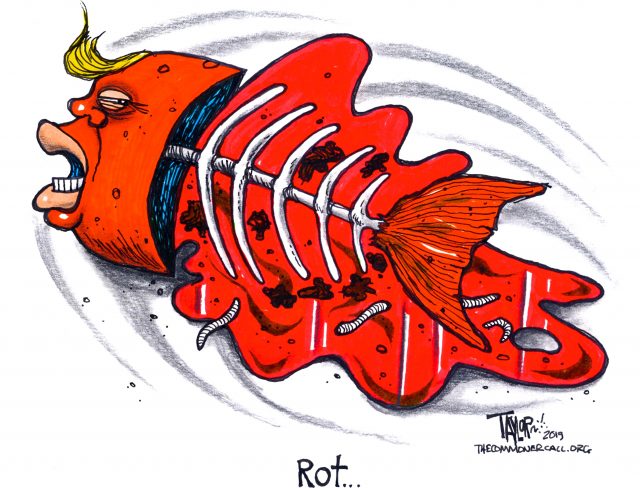 “There’s a saying in politics that fish always flop around before they die. You see candidates engage in erratic behavior when they know they’re going to lose. It’s hard to measure that behavior with Donald Trump because he’s been erratic since the beginning. But clearly this is someone who is reaching to justify a loss or to look for somewhere to blame.”