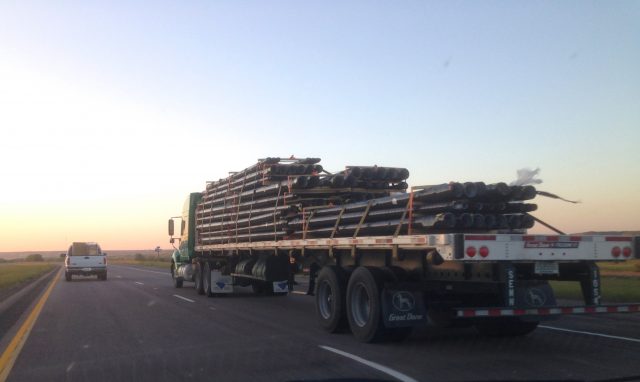 “We’ve had our ups and downs, even over the last 20 years, but this feels very different.”

Yesterday, President Trump left Midland, Texas, after arriving in the state’s Permian oilfield region for a $2,800 a plate luncheon and a “roundtable” that required each participant to pony up $100,000.

The west Texas Mr. Trump left behind bears little resemblance to the region as it was when he first took office in January 2017, as the shale rush resumed following 2016’s oil price plunge.

Today, the shale boom of the 2010’s is officially bust, battered not only by the US’s outsized failure to control COVID-19 outbreaks and an oil price war in which foreign producers proved their ability to steer oil prices, but also a wave of multi-billion dollar write-downs by oil giants — write-downs that predated both the price war and the pandemic and resulted from the industry’s perpetual struggles to generate profits from shale drilling and fracking regardless of the price of oil.

Last Friday, just 103 active drilling rigs dotted Texas, according to data from Baker Hughes. That’s down from 403 drilling rigs as 2020 began and the state’s peak this decade of 930. Just 251 active oil and gas rigs could be found across the entire United States, the lowest number recorded since Baker Hughes began tracking the rig count back in 1940.

Environmental groups fear that drillers under financial pressure may seek to cut corners on pollution controls— creating significant long-term costs for the rest of us.

In late February, the nighttime horizons around Midland and Odessa were still dotted with brightly burning oil well flares, dozens of flickering licks of flame that cast an uncertain light across the mesquite and cotton fields of west Texas. Mancamps and hotels already appeared partially emptied out, even while a constant flow of truck traffic streamed along the desert highways.

In May, that truck traffic had all but disappeared. Instead of flares, the Permian basin’s emptied highways were lined with abandoned work boots and gloves, hung up on barbed wire fence post in an oilfield memorial for jobs lost to layoffs and bankruptcies. Mothballed drilling rigs and frac sand dispensers overflowed from parking lots into the surrounding dirt fields.

“On Friday, Exxon is expected to report a $2.63 billion second-quarter loss, according to Refinitiv Eikon data, on sharply lower prices and weaker production, the first back-to-back quarterly losses in at least 36 years,” Reuters reported today. “Rivals BP Plc, Royal Dutch Shell and Total have slashed up to $45 billion in the combined value of their oil and gas properties.”

Anyone who’s spent a long enough time in the oil industry, particularly in Texas, has seen oil booms and busts before. But this year’s collapse, according to industry insiders, has the potential to forever break that cycle — not because the boom days are here to stay, but because it’s possible that oil may never make a full comeback.

“I believe it is likely to assume that demand will take a long time to recover,” Shell CEO Ben van Beurden said today as he announced his company’s second quarter loss, an unprecedented $18.38 billion, “if it recovers at all.”

“We Have All Destroyed Capital”

In April, Scott Sheffield, the chief executive of Pioneer Natural Resources, testified before the Texas Railroad Commission (which serves as the state’s oil regulator) that the shale rush had been “an economic disaster.”

“Nobody wants to give us capital because we have all destroyed capital and created economic waste,” Sheffield testified, warning that without state intervention, “we will disappear as an industry, like the coal industry.”

Indeed, before the pandemic struck, the shale industry’s financial foundations were stunningly shaky, with experts questioning the ways companies calculated their reserves, their ability to generate free cash flow from their drilling operations, and ratings agencies grading shale debts at junk levels. The entire fossil fuel industry’s long-term future is also deeply uncertain, as the impacts of climate change become increasingly visceral and the global need to cut emissions from oil and gas more urgent. …