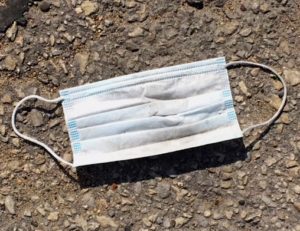 “If the president wore a mask, some of his supporters might wear a mask and less people could Theoretically die of coronavirus. Thank you.”

Fantasy and hubris or facts and safety.

The opening quote is a perfect opening for judging ourselves and our response to a pandemic by our actions, not our words. We — the United States — are not doing well by any measure and our leadership, or lack thereof, is a major reason. Our priorities are our values, what are our priorities saying about us?

We had surpassed 17 million confirmed cases of coronavirus and we keep trucking along, knocking down the milestones – in only a few days, we are now over 18 million. A month ago it was 10 million. Week after week, month after month the United States reports one-fourth of the world cases (4.8 million) and the same for number of deaths (158,000) while representing only 4% of the global population.

Our failure is not just about the case numbers and deaths. There is a rot and depravity that leads to dismissing the numbers. Trump prefers to throw money at photo ops, to lie, and to pick sides.

Trump repeatedly turns to his son-in-law and senior advisor Jared Kushner to solve problems with no evidence of ever having succeeded at anything beyond marrying Trump’s daughter. Two recent news reports underscore his failures specifically with coronavirus. One of our failures costing lives is our lack of testing – the idiocy of trumpeting how too much testing as the problem and encouraging less testing. If there weren’t infections the tests would be negative. Yet through psychopathic intent or failure that’s what we got.

You may not need to read past the Vanity Fair sub-head to get the point: “This spring, a team working under the president’s son-in-law produced a plan for an aggressive, coordinated national COVID-19 response that could have brought the pandemic under control. So why did the White House spike it in favor of a shambolic 50-state response?”

One failure had Kushner orchestrating a secret and “legally dubious” acquisition of 3.5 million tests from a Chinese company delivered to Washington D.C. by way of the United Arab Emirates (UAE) embassy. Had not a UAE company with “close ties to the UAE’s ruling family” pursued payment over three months the story would likely have gone unnoticed. Through that period of time “123,331…died of the illness”.

Even worse – the Federal Emergency Management Agency distributed the tests – they were found to be “contaminated and unusable”. They didn’t work, they were worthless. More people died.

You might remember our oh-so-smart Kushner lecturing state governors over their real needs for ventilators and Personal Protective Equipment (PPE) from his nation’s stockpile, as if it was his and Trump’s. A second example of mis-management comes from a new House Committee on Oversight and Reform report that details how this administration overpaid by over a half billion dollars for 10,000 ventilators to be delivered in June 2019 but now may be delivered by September 2022.

The Vanity Fair article is lengthy and goes into depth over the White House efforts to paint a positive picture – failures presented as presumed benefits of a response plan that is simply not working.

But there is a nastier layer to the Vanity Fair article. Kushner developed an apolitical testing response plan that acknowledged many of the shortfalls from having no national plan. Not to debate the merits and shortfalls, the larger failure was beyond Kushner’s plan — the willful embrace of White House coronavirus response coordinator Dr. Deborah Birx’s models that “…soon fade away”. But EVEN THAT, was not the most damning Trump administration failure, it was their Red-state-versus-Blue-state view of the United States:

““The political folks believed that because it was going to be relegated to Democratic states, that they could blame those governors, and that would be an effective political strategy,” said the expert.”

If you live in a Blue state your life does not matter as much to Trump.

While Trump touts shiny objects and ‘solutions in two weeks that never materialize’, other countries take action. Australia, with only 18,000 cases and 208 deaths, is experiencing an outbreak in Melbourne with 671 new infections in a single day. The premier for the state of Victoria imposed a six week lockdown with a curfew and strict limitations for leaving home and only within a five kilometer radius.

Miami, Dade County, by comparison is experiencing an average of 2,765 new cases daily and struggles over requirements to just wear a mask.

From Blue to Red, more dead

Birx now warns: “I want to be very clear what we’re seeing today is different from March and April,” Birx told CNN’s “State of the Union” on Sunday, noting that infections were increasing in rural and urban areas. “It is extraordinarily widespread.”

While Birx is viewed with some skepticism by those who believe the pandemic is real, it is also true that the new plateau of cases we’re experiencing of an average of 63,000 new cases daily is three times greater than the June 1 plateau of an average of 21,500 new cases daily, so she is right, what we are seeing now is different. Very different. Very dangerous. The early hotspots of large cities and Blue states have morphed to Red states and more rural areas.

It is against this new reality that we consider the merits of school reopenings and resumption of sports, like Major League Baseball (MLB) and college football.

MLB is trying to manage a flow of bad news; now the St. Louis Cardinals have announced three staff and one player testing positive leading to the postponement of three games against the Milwaukee Brewers this past weekend. The Miami Marlins kicked off the string of news and postponements with eighteen players and two staff testing positive. The Marlins are now trying to sign new players as the league goes back to work on revising schedules to make up the postponements.

College football intends to reopen against a wide range of opinions and decisions — maybe the worst of which is the intent of the University Texas to play in front of a half-full stadium — limiting the crowd size to only 50,000 attendees. 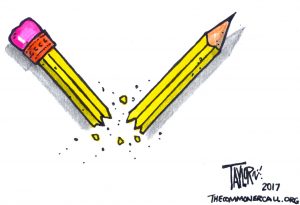 In a Washington Post ‘Voices from the Pandemic“ column, Arizona school superintendent “in the middle of nowhere Arizona” Jeff Gregorich summed up his view of safe school reopening with, “I’m sorry, but it’s a fantasy”. Recently, Missouri Gov. Mike Parson (R-MO) assured us our kids would contract the virus but it was no big deal. But now we have a detailed accounting of a summer camp, ‘Camp A’, in Georgia that “suggests that children of all ages are susceptible to coronavirus infection and may also spread it to others — a finding likely to intensify an already fraught discussion about the risks of sending children back to school this fall.

We push for ‘normal’, for the things we hold dear – -our kids back to school, the return of college football — but many dismiss the coronavirus as a hoax while choosing to not do the hard work to have ‘normal’ by making it safe. Paraphrasing epidemiologist Dr. Michael Osterholm, he advised ‘taking the year off’ and then coming back post-vaccine and making it up to our kids who sacrificed their social and academic progress. He made the wild suggestion of  prioritizing kids over bars and restaurants.

Instead many want it to be easy — send my kids to school and watch the Brewers at the bar with friends. Other countries have these ‘normal’ things again, and like Australia, are vigilant to step back if there are signs of a new surge. We have surge signs in big RED LETTERS which we choose to ignore and grabbing fantasy over reality, then paying the price with illness and deaths.

I will end with a quick note to acknowledge that virus transmission through your mail or even hard surfaces is being walked back while the need to wear eye cover like goggles is being walked forward. The warning is put forward in a Guardian article entitled You’re already wearing a mask – now consider a face shield and goggles, which notes that the eyeball is a mucosal surface — just like your nasal passages and lungs — which can be crossed by the coronavirus and infect the body.

But to wrap up, I nominate a poster-child for Red state hoax-and-fantasy-over-safety — Wisconsin Senate candidate Dan Kapanke shown campaigning across our vast district with complete disregard to wearing a mask — go here for recent photos of his local campaign events.