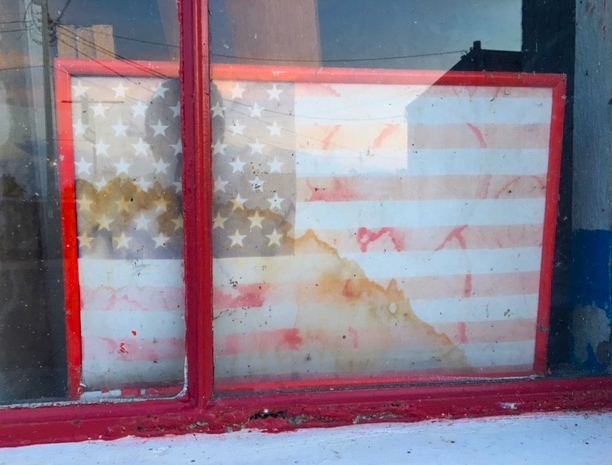 “This is what authoritarians do. To seize political power, they don’t bring us together—they tear us apart.”

The Republican Trump administration has gone full authoritarian. Portland is a test, but only a test.

Donald Trump signaled his election strategy a few days ago when he talked about ending legislation passed back in the 1960s to support fair housing that he said had sent “people” out into “the suburbs.”
Essentially, what he was saying was, “White people in the suburbs, I’m doing what I can to keep your neighborhood white. You have to be very afraid of those Black and Hispanic people that Democrats say should be able to live anywhere in the country.”
Portland is overwhelmingly a majority white city, so he figured he could test out his Secret Police/Storm Trooper strategy here without anybody much noticing, as the action would not be so racialized.
But now he’s taking it to Chicago, a city with a more diverse population, and if he’s successful he’ll provoke a made-for-television appearance with white storm troopers battling Black residents.
That would be exactly the visual the Trump campaign is hoping for.

The most recent polls show that white people, particularly suburban white people, still support Trump: he’s trying to get them cranked up enough that every single last one of them will come out to vote for him.
In this regard, Trump appears to be following Richard Nixon’s 1968 “Southern Strategy,” perhaps even on the advice of former Nixon advisor Roger Stone. Provoke violence, make cities burn, and then promise to keep white people safe with “law and order.”
This is what authoritarians do. To seize political power, they don’t bring us together—they tear us apart.
And now, in anticipation of the election in a few months, the Trump administration is trying to make it harder to vote by mail, trying to explode the pandemic by forcing people back into the schools while fighting against funding for testing, all at the same time they’re sending out their secret police to provoke violence in our cities.
Trump’s Storm Troopers are coming to a city near you, and history shows that the most effective response will be non-violent. Here in Portland it was 300 moms, a middle-aged Navy veteran, and a stripper.
Get ready.
Link To Story
(Commoner Call photo by Mark L. Taylor, 2020. Open source and free for non-derivative use with link to www.thecommonercall.org )

Federal police are there to exert power, bully dissenters and intimidate Americans into giving up their first amendment protections.

With so much doom to scroll through, it’s hard to know when to stop and pay attention, but one story that jumped out at me – and, I hope, at many others – is the account of how demonstrators in Portland, Oregon, protesting racism and police brutality earlier in July, were tear-gassed, beaten, seized off the street by unidentified, masked federal agents in camouflage and fatigues, hustled into unmarked vans and detained for hours. The agents were reported to work with the US Marshals Special Operations Group and Bortac, the Border Patrol Tactical Unit.

There are those, Trump and Barr among them, who would like to see our freedoms replaced by unflagging obedience to the needs of corporations and billionaires.

Government-funded thugs, assaulting citizens, still conjure up repellent images of Hitler’s Brownshirts stomping their fellow Germans, and the street kidnapping of civilians has been the hallmark of authoritarian dictatorships. That was how you wound up in one of Stalin’s labor gulags, in the helicopter from which the Argentinian junta dropped its critics into the sea, or in a CIA black site. In a headline, an Esquire article on the Portland attacks used Pinochet (the tyrant who orchestrated the disappearance of thousands of Chileans during his 17-year regime) as a verb: “A Major American City is Being Softly Pinochet’d in Broad Daylight.”

One can track the violence to Trump ordering the governors to “dominate” their cities, of which, he claimed, they’d lost control. But the governor of Oregon, the mayor of Portland and other local officials insisted that they don’t want federal agents gassing their citizens. So who does?

A US Customs and Border Protection internal memo, obtained by the Nation and dated 1 July, offers some answers. In response to a presidential order “Protecting American Monuments, Memorials, Statues and Combating Recent Criminal Activity, “ the acting director of homeland security has created the “DHS Protecting American Communities Task Force (Pact) to provide an ongoing assessment of potential civil unrest and property destruction”.

The italics are mine, but the memo describes the formation of a paramilitary organization, reporting to the federal government and free from the laws, rules and conventions followed (even nominally) by police and the army.

Critics unloaded on acting Secretary of Homeland Security Chad Wolf after the agency head revealed in an interview on Fox News Tuesday evening that federal law enforcement officers in Portland, Oregon are “proactively” arresting demonstrators in the city.

“Chad Wolf needs to be ‘proactively’ relieved of duty,” tweeted journalist Amr Khalifa in response to the remarks.

“Because we don’t have that local support, that local law enforcement support, we are having to go out and proactively arrest individuals,” said Wolf.

The secretary added that federal officers did not need local permission to conduct operations in the city, calling the assertion “ridiculous.”

“You need to hold individuals accountable,” said Wolf. “When we don’t do that, I think we get what we see in Portland today.”

Civil liberties advocates noted the similarity between Wolf’s “proactive” language and the plot of the 2002 film Minority Report, in which Tom Cruise plays a futuristic cop tasked with “pre-crime” policing.