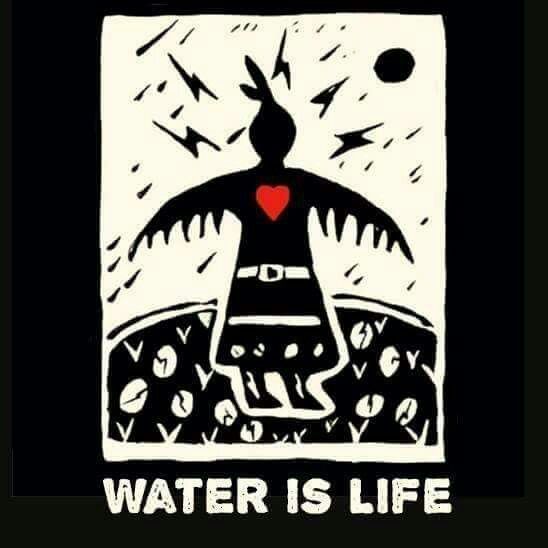 “The movement to put people before profits, and Indigenous rights before oil companies, is winning.”

The Supreme Court late Monday upheld a federal judge’s rejection of a crucial permit for Keystone XL and blocked the Trump administration’s attempt to greenlight construction of the 1,200-mile crude oil project, the third such blow to the fossil fuel industry in a day—coming just hours after the cancellation of the Atlantic Coast Pipeline and the court-ordered shutdown of the Dakota Access Pipeline.

While the ruling was not a total victory for the climate—the high court said other pipeline projects can proceed as environmental reviews are conducted—green groups applauded the delay of Keystone XL construction as further confirmation of their view that the Canada-owned pipeline will never be built thanks to legal obstacles and fierce grassroots opposition.

“Tribal nations, farmers and ranchers, and allies across the country in solidarity with resistance to Keystone XL are not going anywhere—we will continue fighting to protect our climate from fossil fuel corporations at every turn.”

“Three dangerous pipelines delayed within 24 hours should serve as a clear warning to any companies hoping to double down on dirty fossil fuel projects,” said Greenpeace USA climate campaign director Janet Redman. “For more than a decade now, a powerful movement has been taking on reckless oil and gas pipelines and fighting to put Indigenous rights, a just economy, and our environment before oil company profits.”

“It is past time to leave fossil fuels in the ground,” Redman added, “and begin a just transition to a Green New Deal and 100 percent renewable energy.”

The Supreme Court’s decision upheld a Montana judge’s April ruling that the Trump administration violated the Endangered Species Act by issuing a water-crossing permit for Keystone XL without fully assessing the damage the pipeline could inflict on wildlife along its planned route from Alberta, Canada to Nebraska.

As Bloomberg reported, the Supreme Court’s ruling “means almost all Keystone XL construction is delayed until 2021.”

Kendall Mackey, Keep It in the Ground campaigner with 350.org, celebrated the high court’s decision to stall construction of Keystone XL “despite the Trump administration’s desperate pleas and corporate pandering.”

“This pipeline continues to be an epic boondoggle for Big Oil,” said Mackey. “Tribal nations, farmers and ranchers, and allies across the country in solidarity with resistance to Keystone XL are not going anywhere—we will continue fighting to protect our climate from fossil fuel corporations at every turn.”