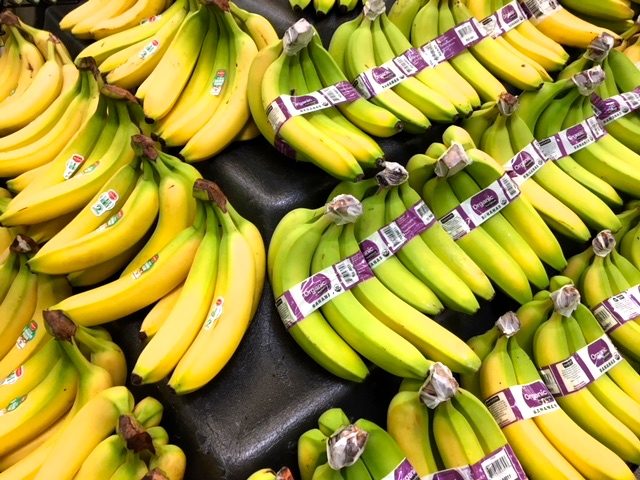 The banana equivalent to Covid-19.

A killer disease turns up out of the blue. It moves by “stealth transmission”, spreading before symptoms even show. Once it takes hold, it is already too late to stop it – there is no cure. Life will never be the same again. Sound familiar?

Although this may sound remarkably like Covid-19, I am actually talking about Tropical Race 4 (TR4), a disease that affects bananas. Also known as Panama Disease, it is a fungus that has been rampaging through banana farms for the past 30 years. But within the last decade the epidemic has suddenly accelerated, spreading from Asia to Australia, the Middle East, Africa and more recently Latin America, where the majority of the bananas shipped to supermarkets in the global north come from. To date it is now in more than 20 countries, prompting fears of a “banana pandemic” and shortages of the world’s favourite fruit.

“Bananas are undeniably among the most important fruits in the world and are a major staple food for millions of consumers. We cannot underestimate the impact the current TR4 pandemic could have on food security.”

Scientists around the world are working against the clock to try to find a solution, including creating genetically modified (GM) bananas and a vaccine. But just like Covid-19, the question is not only if we can find a cure, but also how do we live with a “new normal” that will change bananas forever?

The first place to look for clues is the origin of the modern banana that we all recognise. Its history shows just what happens if this disease is ignored.

This is not the first time bananas have faced wipe-out, explains Fernando García-Bastidas, a researcher in plant health who studied TR4 at the University of Wageningen in the Netherlands before moving to a Dutch plant genetics company trying to tackle the disease. In the 1950s the industry was decimated by what he describes as “one of the worst botanical epidemics in history”, when Panama Disease first hit. The fungal disease originated in Asia, where it co-evolved with bananas, before spreading to the vast plantations of Central America.

The reason it was so devastating, says García-Bastidas, was because the bananas were all one variety, the Gros Michel or ‘Big Mike’. The cultivar was chosen by the burgeoning banana industry because it produces large, tasty fruit that can be cut from the tree unripe, making it possible to transport a highly perishable, exotic food long distances while it continues to ripen. Each plant was a clone of roughly the same size and shape, produced from suckers – lateral shoots that develop from the rootstalk – making it easy to mass produce. It means each banana plant is genetically almost identical, producing a reliably consistent fruit crop. From a business point of view, it was a licence to print money, but from an epidemiological point of view it was an outbreak waiting to happen.

The banana production system was weakly founded on the limited genetic diversity of one variety, making them susceptible to disease, says García-Bastidas. You would have thought the industry had learned its lesson. You would be wrong. …