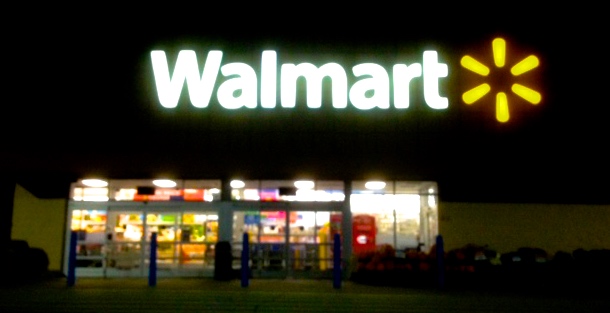 Following weeks of riveting nationwide protests against police brutality and systemic anti-Black racism, some of the nation’s largest corporations responded with public declarations that Black Lives Matter. Among them was Walmart, the largest corporate employer of America’s Black workforce. Earlier this month, CEO Doug McMillon announced that his company was committing $100 million over five years to build a “center on racial equity.”

Walmart’s self-aggrandizing gesture is emblematic of a long-running problem in how corporate America deals with race: McMillon’s pronouncement was a soothing delay tactic that failed to offer any tangible solutions. Walmart’s Black employees cannot wait five years for changes that our communities have been calling for for decades. If Walmart truly wants to be a corporate leader in addressing systemic anti-Black racism, it needs to start by changing workforce practices that are exacerbating our country’s inexcusable racial wealth gap.

If Walmart is serious about racial justice, it must publicly condemn and stop funding incendiary politicians who stoke racial divisions.

One of us is a Walmart associate of 12 years, the other a leader of Community Change, a national community-based organization dedicated to building local and national people power, particularly among low-income people of color. Both of us are Black and know the shameful reality of corporate America: It has built its profits off the exploitation of Black bodies like ours, with policies and practices that dehumanize and subjugate us.

Walmart cannot claim to be committed to Black lives while its policies, from inadequate health insurance to poverty wages to insufficient paid leave, have helped lay the groundwork for staggeringly disparate health and economic outcomes in the Black community. America’s Black workforce is less likely to have adequate health care coverage than white employees, and it is significantly affected, at work and beyond, by the psychological stress of overt and casual racism.

This psychological stress is evident within Walmart’s stores. Just last week, the company announced it would be ending its racist and humiliating policy of placing its “multicultural hair care and beauty products” in locked cases.

To see how Walmart is failing its Black workforce, it is useful to look at how the retail chain is treating its associates amid COVID-19, a virus from which Black Americans are more at risk of death. In mid-March, while Walmart executives were working from home, essential workers braved the front lines to help keep Americans fed. Yet Walmart executives didn’t limit the number of customers in stores for three more weeks, putting countless people at risk.

During that time, customers were panic-buying, and our stores were so crowded that it felt like Black Friday, in the words of an associate writing in The New York Times. By mid-April, at least 18 Walmart workers who contracted COVID-19 had tragically passed away.

But the problems facing Black associates at Walmart started long before the coronavirus. Black workers are disproportionately concentrated in lower-paying nonmanagerial positions. And this is true across the massive 16 million-person retail sector. The country’s largest retailer sets the standards, which perpetuate disparities. …