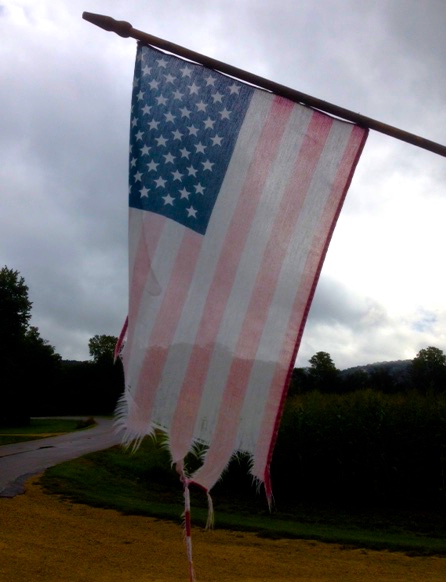 Warrior-Cops Are the Law — And Above the Law — As State Sanctioned Violence Grips America.

[Editor’s Note: This is one of the best assessments of what has happened with our now ‘occupying’ police force. Our wars of empire have come home. Think of it as a kind of brutal karmic payback for what the US has been doing to other nations for decades. There is a short introductory comment on the link, so scroll down for the rest of the story. — Mark L. Taylor]

From their front porches, regular citizens watched a cordon of cops sweep down their peaceful street in Minneapolis, Minnesota. Rankled at being filmed, the cops exceeded their authority and demanded that people go inside their houses. When some of them didn’t obey quickly enough, the order — one heard so many times in the streets of Iraqi cities and in the villages of Afghanistan — was issued: “Light ’em up.” And so “disobedient” Americans found themselves on the receiving end of non-lethal rounds for the “crime” of watching the police from those porches.

It’s taken years from Ferguson to this moment, but America’s cops have now officially joined the military as “professional” warriors. In the wake of George Floyd’s murder on May 25th, those warrior-cops have taken to the streets across the country wearing combat gear and with attitudes to match. They see protesters, as well as the reporters covering them, as the enemy and themselves as the “thin blue line” of law and order.

The police take to bashing heads and thrashing bodies, using weaponry so generously funded by the American taxpayer: rubber bullets, pepper spray (as Congresswoman Joyce Beatty of Ohio experienced at a protest), tear gas (as Episcopal clergy experienced at a demonstration in Washington, D.C.), paint canisters, and similar “non-lethal” munitions, together with flash-bang grenades, standard-issue batons, and Tasers, even as they drive military-surplus equipment like Humvees and MRAPs. (Note that such munitions blinded an eye of one photo-journalist.) A Predator drone even hovered over at least one protest.

America’s violent overseas wars, thriving for almost two decades despite their emptiness, their lack of meaning, have finally and truly come home. An impoverished empire, in which violence and disease are endemic, is collapsing before our eyes.

Who needs a military parade, President Trump? Americans are witnessing militarized “parades” across the U.S.A. Their theme: violent force. The result: plenty of wounded and otherwise damaged Americans left in their wake. The detritus of America’s foreign wars has finally well and truly found its place on Main Street, U.S.A.

Cops are to blame for much of this mayhem. Video clips show them wildly out of control, inciting violence and inflicting it, instead of defusing and preventing it. Far too often, “to serve and protect” has become “to shoot and smack down.” It suggests the character of Eric Cartman from the cartoon South Park, a boy inflamed by a badge and a chance to inflict physical violence without accountability. “Respect my authoritah!” cries Cartman as he beats an innocent man for no reason.

So, let’s point cameras — and fingers — at these bully-boy cops, let’s document their crimes, but let’s also state a fact with courage: it’s not just their fault.

Who else is to blame? Well, so many of us. How stupid have we been to celebrate cops as heroes, just as we’ve been foolishly doing for so long with the U.S. military? Few people are heroes and fewer still deserve “hero” status while wearing uniforms and shooting bullets, rubber or otherwise, at citizens.

Answer me this: Who granted cops a specially-modified U.S. flag to celebrate “blue lives matter,” and when exactly did that happen, and why the hell do so many people fly these as substitute U.S. flags? Has everyone forgotten American history and the use of police (as well as National Guard units) to suppress organized labor, keep blacks and other minorities in their place, intimidate ordinary citizens protesting for a cleaner environment, or whack hippies and anti-war liberals during the Vietnam War protests?

Or think of what’s happening this way: America’s violent overseas wars, thriving for almost two decades despite their emptiness, their lack of meaning, have finally and truly come home. An impoverished empire, in which violence and disease are endemic, is collapsing before our eyes. “When the looting starts, the shooting starts,” America’s self-styled wartime president promised, channeling a racist Miami police chief from 1967. It was a declaration meant to turn any American who happened to be near a protest into a potential victim.

As such demonstrations proliferate, Americans now face a grim prospect: the chance to be wounded or killed, then dismissed as “collateral damage.” In these years, that tried-and-false military euphemism has been applied so thoughtlessly to innumerable innocents who have suffered grievously from our unending foreign wars and now it’s coming home.

How does it feel, America? …