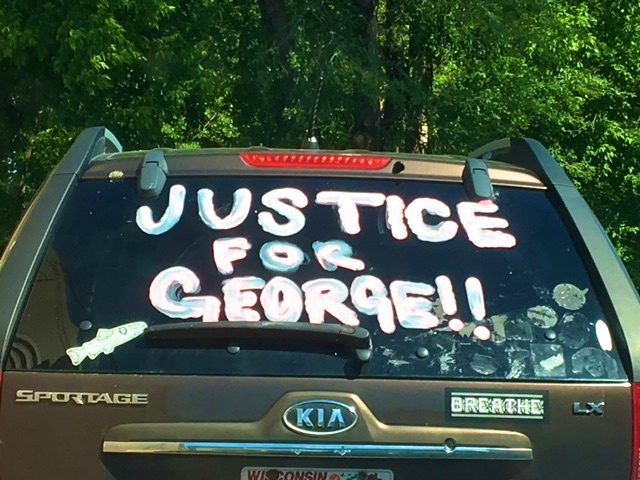 The nationwide protests against police violence have created numerous instances of police violence. As hundreds of thousands have non-violently protested without incident, they’re capturing police attacks against demonstrators on camera, and now there’s a database where you can watch them all.

Lawyer T. Greg Doucette and mathematician Jason Miller have placed these clips into a public Google Sheet entitled “GeorgeFloyd Protest – police brutality videos on Twitter.” It contains links to at least 426 videos of police violence committed in cities across the United States.

“[The videos] come in from a variety of spots, but the vast majority are sent via DM. I’ve got nearly 1,000 unopened DMs at this point plus ppl I’ve already talked with sending me more,” Doucette told Vice News.

Doucette makes sure to verify the time and place of each video so he doesn’t re-circulate old footage from years ago.

The importance of cataloging such videos is that they counter police narratives about police being provoked into violence or lies about protestors being injured after “tripping” or “resisting arrest.” After all, if it weren’t for the now-viral video of George Floyd having his neck kneeled on by police, the national public might not be rallying in such large numbers in the first place.

“I’m a political “anti-state” conservative, and police brutality angers me on a visceral level,” Doucette said. “People need to understand that what they’re seeing now is *normal.* It happens several times a week, every week, every year, for years now. It’s not a one-off; it’s cultural rot and flagrant lawlessness.”

Police attacks against journalists have also been increasing since the Floyd protests began. The American Civil Liberties Union (ACLU) is now suing on behalf of journalists assaulted by police. In 2018, the U.S. was named as one of the top five most dangerous countries for journalists to work by the organization Journalists Without Borders.