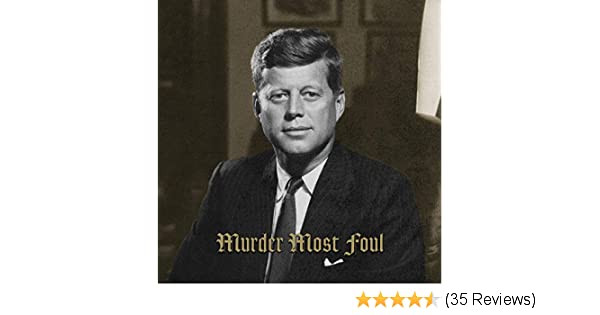 In the rash of hot takes that followed Bob Dylan’s release of a previously unknown track, most commentators tiptoed around the true news value: a major cultural icon has boldly given voice to a widely held, but professionally radioactive belief: that John F. Kennedy was killed, not by the “lone nut” Lee Harvey Oswald, but as part of a plot that was tantamount to a coup d’etat. And one that reshaped and misdirected his own generation and those that followed.

This is an intriguing topic, but most commentary on the newly released track came from writers who were either ill-informed about its controversial subject or felt more comfortable in some safe corner (competing to catalog the song’s many cultural references, while skirting the big picture).

“Thousands were watching, no one saw a thing
It happened so quickly — so quick by surprise
Right there in front of everyone’s eyes”

A few writers, like Berkeley professor Timothy Hampton, come close to the heart of the song. But even these interpretations head off into the weeds, making the Kennedy assassination a jumping-off point for other observations — in Hampton’s words, that Dylan is ruminating “about what constitutes an event, and about how an event takes on meaning beyond itself.” Music journalist Tim Sommer gets it right: “Bob Dylan … is sadly but firmly stating that his generation were so easily distracted by the shiny objects of pop culture that they ignored a coup.” But even Sommer leaves that statement there, without explication.

Vanity Fair’s take, on the other hand, is based on a conclusion that is flat-out wrong. “Like most honest chroniclers of the assassination,” writes Michael Hogan, “Dylan invokes the conspiracies without attempting to either confirm or deny their validity.”

Before our very eyes

That couldn’t be further from the truth. In this song, Dylan is clearly saying Kennedy was killed by a group of conspirators so that they could seize power. He’s saying it happened before our very eyes, and that Dylan’s generation — the cohort he supposedly represented in the 1960s, when the press dubbed him “the voice of a generation” — couldn’t or wouldn’t see it.

Dylan is hardly alone in making the claim. Even a governmental body, the House Select Committee on Assassinations, declared in its final report, released 16 years after Kennedy was assassinated in Dallas, that it looked like a probable conspiracy. Public sentiment in most opinion polls leans that way too, and there are enough books and movies making the case to fill a small library. Jesse Curry, chief of the Dallas Police Department at the time of the event, would later write:

We don’t have any proof that Oswald fired the rifle, and never did. Nobody’s yet been able to put him in that building with a gun in his hand. And the few who have bothered to study the voluminous exhibits accompanying the Warren Commission Report know how often the panel’s own evidence contradicts its conclusions.

No less than Bobby Kennedy, the attorney general under his brother, in the hours after Dallas turned to CIA Director John McCone, demanding to know if the agency had been involved. Bobby himself would five years later be taken out, reportedly by another person characterized as a “lone assassin.”

An unnamed “they” killed the king

But Dylan is Dylan. And what he has to say — plus how he says it — matters to more people than, say, the independent journalists and amateur researchers who have pursued this story for more than half a century.

The songwriter reminds us again and again, in graphic imagery, that this act was bloody and brutal. His point isn’t obscure or philosophical. It’s direct, and even plain: an unnamed “they” killed the king to seize his kingdom, as conspirators have always done.

Dylan is saying that the seminal event of the 1960s was a magic trick, a coup, an act of misdirection that shifted history before the eyes of a world that would not or could not see.

Then, the song says, a generation built its own world on an architecture of illusion. …

Read The Rest And 17-Minute Video