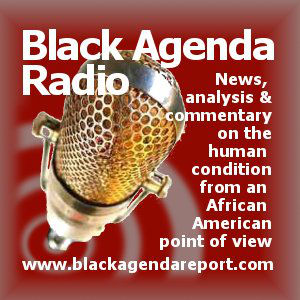 Biden’s “Lift Every Voice” Proposal Appeals to Black Misleaders:
Black Alliance for Peace national organizer Ajamu Baraka said de facto Democratic presidential candidate Joe Biden’s “Lift Every Voice” plan for Black America “assumes that all you have to do is provide a few little tweeks to the system and everything will be just fine.” But, “the US economy has collapsed and the impact on Black workers is profound.” Baraka, the 2016 Green Party vice presidential candidate, said only the Black Misleadership Class will sing the praises of Biden’s “symbolic, paternalistic crumbs.”

US Systemic Collapse is “Total”:
The current meltdown is “a total crisis of the system” in all its economic, social and political aspects, said Duboisian scholar Dr Anthony Monteiro. The Covid-19 pathogen “triggered the crisis-points that were already in existence.” The system’s “inability to contain the contagion deepened the economic crisis” and exacerbated the previously existing crisis of legitimacy of the US ruling circles. “We have to look at this as a total crisis,” said Monteiro, an organizer with the Philadelphia Saturday Free School.

“Scent of Africa” Marketed to “Afropolitans”:
Fifty years after most African nations won nominal independence, ad agencies are marketing upscale products like the perfume “Scent of Africa” to so-called “Afropolitans,” a cohort defined by Dr Grace Adeniyi-Ogunyankin, of Canada’s Queens University, as “mobile and relatively well-off” Africans. Adeniyi-Ogunyankin said Afropolitans are criticized for “trying to envision these same capitalist ways of consumption that continue to produce such inequalities.” However, she prefers to think of Afropolitans as Africans that are “aware of the world,” and part of it.

Black Agenda Radio on the Progressive Radio Network is hosted by Glen Ford and Nellie Bailey. A new edition of the program airs every Monday at 11:am ET on PRN. Length: one hour.