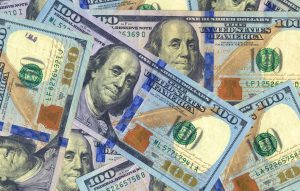 “After Sanders’ path to the presidential nomination became a near-impossibility, Big Tent Project’s activity dropped precipitously—further evidence that its major purpose was defeating a federal candidate.”

Voters from across the political spectrum are concerned about the rise of secret spending in our elections and rightly so. Political transparency is a means to advance the principles of the First Amendment by encouraging the exchange of ideas needed for voters to make informed decisions.

Campaign Legal Center (CLC) filed a complaint with the Federal Election Commission (FEC) against “The Big Tent Project” for illegally hiding the identity of the donors who bankrolled over $4.8 million on ads in the Democratic presidential primary.

“Big Tent Project formed the day after Sanders won the New Hampshire Democratic presidential primary, and one week after Sanders finished in a virtual tie in the Iowa caucuses. Its executive director, Jonathan Kott, said he created the group after being approached by wealthy donors concerned about Sanders’ rise.”

Big Tent Project, a nonprofit, spent more than any other “dark money” group in the presidential primary. In fact, its independent expenditure spending ranks ninth among all outside groups in the 2020 cycle so far, even surpassing spending by some established party-aligned super political action committees (PACs.)

Yet it hasn’t disclosed the wealthy special interests who bankrolled that spending.

Under federal law, an organization must register as a political committee—and file regular reports disclosing its contributors and spending—if it has the major purpose of electing or defeating a federal candidate. CLC’s complaint alleges that Big Tent Project should have registered as a political committee, since it was created to oppose Sen. Bernie Sanders’ election, and all its known activities were focused on opposing Sanders.

Big Tent Project formed the day after Sanders won the New Hampshire Democratic presidential primary, and one week after Sanders finished in a virtual tie in the Iowa caucuses. Its executive director, Jonathan Kott, said he created the group after being approached by wealthy donors concerned about Sanders’ rise.

The group raised $1 million within days of its formation, which it “poured” into anti-Sanders ads. At the time, Kott said that “ad buys could expand as the group continues to raise funds” and that “any future ads will continue to target Sanders”; as the Democratic primary proceeded, Big Tent Project raised millions more, and then bought millions more in anti-Sanders ads.

In the month after forming, Big Tent Project spent over $4.8 million on anti-Sanders ads targeting primary voters in places like South Carolina and in Super Tuesday states. It filed reports of its ad spending with the FEC but did not disclose its donors.

Even the spending that Big Tent Project was not required to report to the FEC—thanks to  gaps in campaign finance law that only require reporting of digital ads that expressly advocate for or against candidates—nonetheless was focused on opposing Sanders.

After Sanders’ path to the presidential nomination became a near-impossibility, Big Tent Project’s activity dropped precipitously—further evidence that its major purpose was defeating a federal candidate.

The evidence overwhelmingly indicates that Big Tent Project has the major purpose of influencing federal elections but has failed to register as a political committee and to publicly disclose its contributors in violation of federal law.

The public should not be left in the dark about the money behind a multi-million dollar effort to influence presidential primaries.