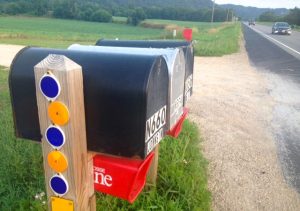 I’m no fan of Joe Biden. He represents the status quo and corporate control of government. If it wasn’t for trying to win over Sanders voters he would be running the exact kind of campaign that Hillary ran (if there was a campaign at this point).

But Trump is the most dangerous demagogue that has ever held the presidency, at least in the last hundred years. If he wins again, and if God forbid the Republicans control both chambers of the Congress, and continue to control the Supreme Court, this could very well become a totalitarian state and our lives, literally, might be in jeopardy.

If Biden wins, we live to fight again. And fight we will.

I’m sorry Mark but I just don’t agree, at this point in time, with your reporting on all of his profound weaknesses. There are only two choices in this race. One of the two of them are going to win and less one of the two of them dies of old age before November (and then all bets are off). If you convince anyone not to vote, or anyone to vote for a third-party candidate, that will be a boat for Trump.